4 stars for this moving documentary about the man behind an iconic American character. 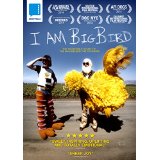 I Am Big Bird: The Caroll Spinney Story is both written and directed by Dave LaMattina (Kei, Brownstones To Red Dirt), with Chad N. Walker.

This fascinating documentary offers many quite startling insights into a world everyone is familiar with, but very few people really understand or know anything about, Sesame Street.

Children the world over have been growing up influenced by Sesame Street since the airing of the first ever episode in 1969. Although there are many characters in the show, arguably the most famous and the most defining of these is Big Bird, the childlike, innocent and friendly face of the muppets.

This film tells us the story of Caroll Spinney, who has been the man inside Big Bird, his heart and soul, since the very first time that he appeared, as well as being responsible for the cantankerous little bin dwelling creature that is Oscar the Grouch. 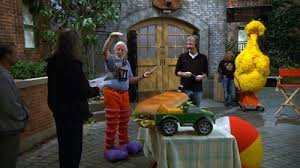 Thanks to a tradition held by Caroll and his family of video documenting everything they do, there is an astonishing amount of footage available to tell the story of the life of this incredible man and it is a story well worth telling.

All concerned in the making of this documentary are refreshingly honest, there are interviews with his children and his wife, along with his remaining work colleagues and friends, who are sadly reducing in number gradually as he is now 79 years old (although still working to this day).

It is very reassuring to know that although Elmo has now taken over as the main focus of the show, Big Bird is still brought in to deal with more delicate issues and that can continue to happen even when Caroll bows out, thanks to his apprentice of 15 years, Matt Vogel, who will carry on in the role in his stead.

Big Bird has been and taken his creator on some incredible journeys, including the heartwarming Big Bird in China, featuring the adorable Xiao Foo. Not bad for a career that started when he was spotted by Jim Henson at the Puppeteers of America convention in 1969, thus triggering a success story no-one could have predicted. 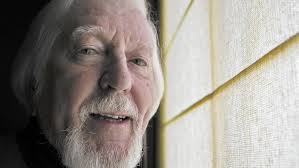 I Am Big Bird is a fantastic documentary, which is basically made what it is by the genuinely lovely man that is Caroll Spinney. You can’t help but empathise with such a gentle soul, which makes for a surprisingly moving watching experience. Anyone who grew up with Sesame Street (and that’s just about everyone) will love this little gem.

“He is Big Bird. There is no question in my mind. He is Big Bird and Big Bird is him. You’ll look inside and you’ll see feathers.”