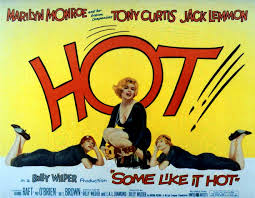 A Classic Film returns to selected cinemas this summer, 55 years after its first release in the UK on the 17 May 1959.

The film starts in Chicago 1929, it’s the middle of prohibition and gangsters fight the police as they transport their illegal alcohol across the city, they also vie for power amongst themselves.

Joe and Jerry are two musicians who witness the St. Valentine’s Day Massacre. They are spotted but get away and this starts the journey of laughter as the only band they can join is a girl troupe that are going from Chicago to Florida. (Brilliant Idea).

But the troupe are never going to take on a couple of ruff men, so welcome Josephine and Daphne 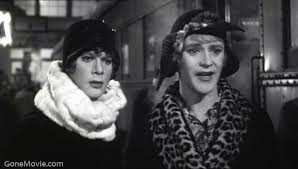 the saxophone and Bass player they need. The girls are readily accepted and they all get on like a house on fire but Joe cannot hold back his feelings for Sugar Kane Kowalczyk, (Marilyn Monroe, Gentlemen Prefer Blondes). So he invents a millionaire character called Junior. But who could ignore “Marilyn Monroe and her bosom companions” (Film Tag line). 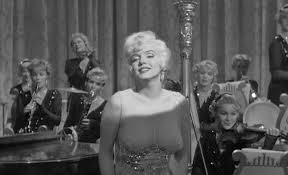 Sugar Kane is a hard drinking hard playing ukulele player who is on her final warning from Sweet Sue and her Society Syncopators.

They think they have got away when they arrive in Florid with nearly 2000 miles between them and Chicago, but they are wrong.

MGM Studios’ Some Like It Hot is back in cinemas from 18 July, opening at BFI Southbank, Irish Film Institute, Filmhouse Edinburgh, Glasgow Film Theatre and selected cinemas nationwide.

In Cinemas From 18th July