Parker, (Jason Statham – Transporter) is a life time criminal at the very pinnacle of his career. 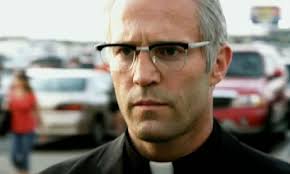 His latest job has been meticulously planned by himself and his long time mentor Hurly, (Chock Norris – Cape Fear, 91) and the Father of his girlfriend (and Nurse/Surgeon) Claire, (Emma Booth – The Boys Are Back). 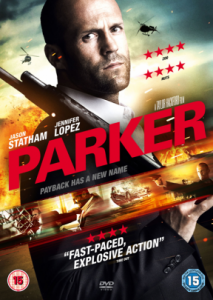 Hurly has brought in an out of town crew to assist Parker with the removal of the takings from the Ohio State Fair.

After the heist Melandor, (Michael Chiklis – Fantastic Four), the leader of the out of towners,  tells Parker that his cut would be better used in their next job with much higher rewards at the end of it, but Parker is a man of conscious and a contract is a contract, he would take his cut and walk away, but the crew don’t take kindly to this and Parker has to escape the vehicle, but this leaves him vulnerable. Melander tells August Hardwicke, (Micah A. Hauptman – Iron Man) to finish him off with a bullet, but his aim isn’t that good.

Left for dead he must rebuild his health and take revenge on those that betrayed him. 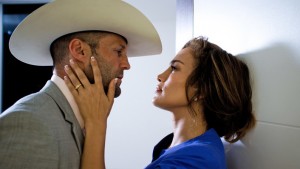 Making his way back to Hurly he finds out the location of his quarry. He heads for Palm Beach where he meets aspiring real estate agent Leslie Roger, (Jennifer Lopez – Monster In Law). Posing as a Texan billionaire he tracks down and works out what their next Job is and sets about ruining their plans. As Parker says “Don’t steal from people who can’t afford it and hurt people who don’t deserve it”.

This is a typical Statham yarn with cars, guns and fist fights with a good performance by Lopez and the rest of the cast. A good one to add to the action/thriller category of your DVD collection.

Available on DVD and Blu-ray from 8th July.