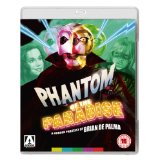 Originally released in 1974, Phantom Of The Paradise is written and directed by Brian De Palma  (Scarface, Mission: Impossible) and is a interesting rock fusion of The Phantom Of The Opera, a 1910 novel by Gaston Leroux and The Picture Of Dorian Gray by Oscar Wilde. 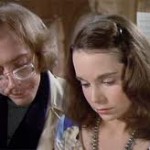 When unknown composer Winslow Leach (William Finley – Eaten Alive, The Black Dahlia) performs his Cantata about Faust for renowned record producer Swan (Paul Williams – Ishtar, The Muppet Movie), little does he realize that Swan wants the piece for himself to use for opening of his new rock club, The Paradise.

Winslow is secretly besotted with Phoenix (Jessica Harper – Suspiria, Minority Report), whom he met at the auditions for the chorus-line to perform his piece and wants recognition for his work. 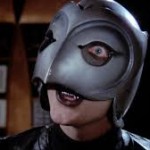 However, willing to do anything to keep the music for himself, Swan frames Winslow for drug dealing. After a prison break and a series of highly amusing mishaps, Winslow is reborn as The Phantom and ultimately, and fruitlessly, sells his soul to ensure that Phoenix will perform his music.

Phantom Of The Paradise is a truly brilliant piece of work. As well as being a really good story, the score, written by Paul Williams himself, received an Oscar nomination and is fantastic. 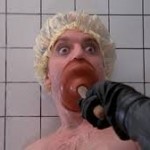 Lets not forget that this is a conversion to Blu-ray and that too is excellent, both the sound and the picture are clean and crisp and aside from the clothes and hair, this could have been filmed yesterday. 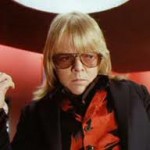 Also available as a limited edition steelbook, this release also has lots of new special features, including The Swan song fiasco, a new video piece exploring changes made in post production, and a 72 minute interview with Paul Williams, conducted by Guillermo Del Toro.

This Gothic comedy/ horror/ musical is a must see, it gives the Rocky Horror Picture Show a run for it’s money and will grace any Blu-ray collection. 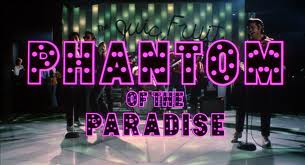 Phantom Of The Paradise is available to buy now on Blu-ray and Limited Edition Steelbook.