4 stars of enchanting fun for the whole family. 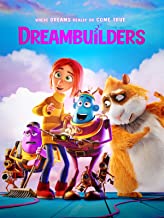 Dreambuilders (originally called Drømmebyggerne) is a Danish film based on an original idea by Kim Hagen Jensen (All Dogs Go To Heaven) who also directs, alongside Tonni Zinck (The Neon Demon). With a screenplay by Søren Grinderslev Hansen, this is an impressive feature debut for all concerned.

“You are currently sleeping in your bed but, you’re outside of your dream.”

Minna (Emilie Kroyer Koppel – Collision) is a young girl living happily with her father John (Rasmus Botoft – The Legacy). Although she misses her mother, singer Karen Mitchles (Alberte Winding) after she left them to go off on tour, she and her father have a good life. 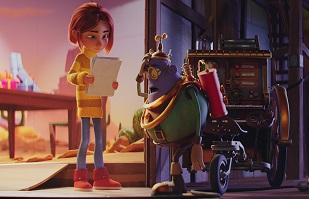 All that is about to be thrown into turmoil. Her father has a new girlfriend, Helene (Ditte Hansen – Take the Trash) who is moving in with them, along with her instagram obsessed brat of a daughter Jenny (Caroline Vedel – The Other World). Minna doesn’t want a step-sister, at least not a mean one like Jenny, who takes her bed, mocks her clothes and can’t stand her hamster Viggo. 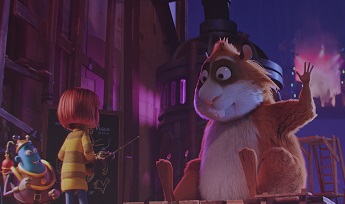 It’s around this time that Minna makes a startling discovery. While dreaming one night she breaks through a wall and finds herself outside her dream, looking in at her “Dream Stage”. Behind the scenes there is a whole team putting on a production just for her.

Here she meets Gaff (Martin Buch – The Cavalry) a little blue fellow who has been creating her dreams all her life. He warns her of the dangers of attempting to alter dreams, but will she be able to resist the temptation now that she knows how?

Dreambuilders is a lovely film which the whole family can enjoy together. 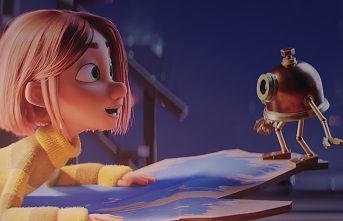 It has a relatively simple animation style and is colourful with a good soundtrack and a well written heartwarming story. It deals with the issues of broken families and the use of social media to bully and harm in a measured and relatable way, while managing to remain upbeat and fun.

Ideal for a cosy night in front of the T.V. this one is well worth adding to your collection.

“That was his dream and you almost ruined it, Disturbing other people’s dreams can have catastrophic consequences.”

Dreambuilders is available on DVD and Digital HD from 16th Nov 2020.