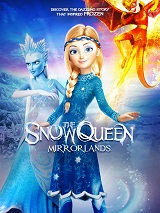 The Snow Queen: Mirrorlands is a Russian 3D computer animated family film, written and directed by Aleksey Tsitsilin (The Snow Queen 2) and Robert Lence (Beauty and the Beast). It is the fourth film in The Snow Queen franchise, inspired by the 1844 fairy tale of the same name by Hans Christian Anderson.

“These gates are to exile the evil that magic brought to the common people. That’s where it must be sent. The Mirrorlands will let you in, if you have magic gifts within and that will be your end.” 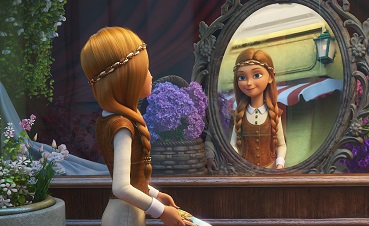 Having defeated the Snow Queen (Samia Mounts – Plant) and reunited her family, Gerda (Laurie Hymes – Yu-Gi-Oh!: The Dark Side of Dimensions) and her brother Kai (Jason Griffith – Sonic the Hedgehog) are now living happily and peacefully in their parents magic shop in town. As the only member of the family without magical powers, Gerda is happy to sell their magical goods in the shop. 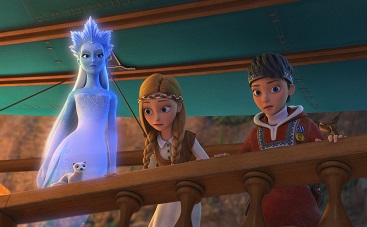 Unfortunately for the family, the Kingdom is run by King Harald (Marc Thompson – Teenage Mutant Ninja Turtles), an inventor who is ruthlessly opposed to magic following a run-in with the Snow Queen. His obsession with science has led to him to distrust any magic users, and he has come up with a cunning plan to get rid of all the magicians in the Kingdom.

He sends out an invitation, come to the royal court and show off your magical abilities and one of you will be appointed as court magician. This offer is too good to refuse and off they all go, including Gerda’s family. 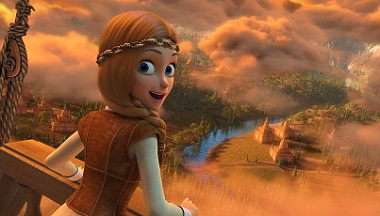 It is of course a trap, the gateway they are asked to step through is in fact a gateway to the Mirrorlands, the place to which the Snow Queen was exiled and from which there is no return. It is up to Gerda to once again save the day with a strange assortment of unlikely companions.

The Snow Queen: Mirrorlands is an engaging story which youngsters will find thrilling, however older viewers will find it puzzling given the number of completely unexplained loose ends tied up from the other films in the franchise. There’s no back story or recaps, which is a shame, I would have preferred it to work as a stand-alone film.

That said however, the characters are well rounded and relatable, the story is good and the animation is breathtaking, with sweeping vistas, actions sequences and astonishing attention to detail. There are also lots of positive messages concerning family, friendship and forgiveness, great for young children.

An ideal stocking filler and one for the whole family to enjoy, this is well worth adding to your collection.

“Life is unpredictable and sometimes trusting your former enemies is your only way to salvation.”