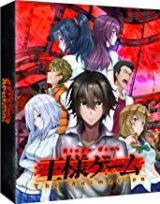 Do Not Defy the King!

From the pen of Nobuaki Kanazawa (Tomogui) comes a gruesome modern day tale of how the human race believes it needs to follow orders from a higher being. Directed by Tadayoshi Sasaki (Holmes of Kyoto, Ojisan and Marshmallow, Nobunaga teacher’s young bride) and he brings the story of class 2-1 to gory life, as Nobuaki Kanazawa (yes, same name) joins his new classmates in a deadly game for the 21st century. 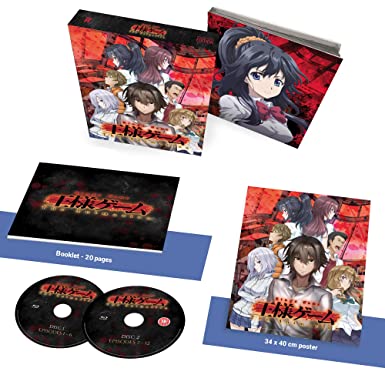 Troubled teen Nobuaki Kanazawa transfers to the Kure Accademy where he joins class 2-1, but instead of being outgoing and making new friends he shuns all advances, especially from his chair neighbour at the back of the class Natsuko Honda. But after a while he is a member of the class and is taking part in the inter-class sports day with Honda showing off her sprinting prowess. 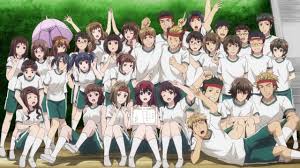 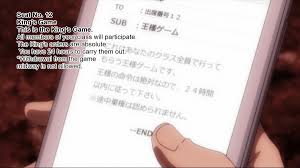 king. (This is where this anime falls down for us non japanese as the texts are subtittled but they fly by so fast that you have no chance of reading them unless you pause and you have to have fast fingers as there are a lot of texts in a row).

Seat #7 Kanazawa Nubokai, Seat #25 Honda Natsuko must kiss, all classmates are participants of the Kings game (other classmates get their own texts with instuctions).

1: Participation is mandatory for all members of the class.

2: You have 24 hours to carry out your orders written in the texts sent by the king.

3: If you do not obey the orders you will be punished.

4: You cannot drop out of the king’s game part way through.

his last school class. Knowing all the trouble he had trying to get his classmates to survive he decides that this time he will be the first victim of this Kings game. This decision also means certain death for seat #25. With only five minutes to midnight it is Natsuko that finds Nuboaki and after a brief struggle they kiss and the King is happy with their compliance. Nuboaki suddenly realises that those who didn’t comply will be about to be punished. He must stop people falling asleep and he gets Natsuko to help him get everybody together but he is too late for some as hanging bodies start popping up across the town. 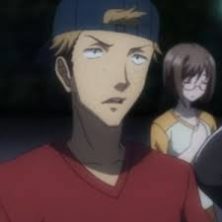 But those that do get together still don’t believe the severity of the King’s game, they even call Nuboaki a murderer and that he is behind the texts until he is pinned down and

no way of getting to his phone, Satou Yuuichi  gets a text, his punishment for non-compliance ‘Bleed-to-death’.

Now everybody believes him.

Will they work together or will they go off the rails? 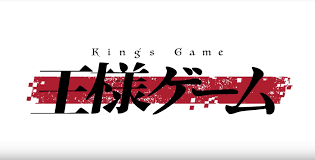 King’s Game is available as a collectors Blu-ray