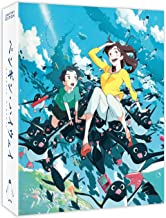 Penguin Highway is based on the Japanese science fiction novel written by Tomihiko Morimi (The Tatami Galaxy, Night is Short: Walk on Girl). It is adapted to anime by Studio Colorido (Typhoon Noruda) and is the impressive feature debut of director Hiroyasu Ishida. It is presented here in a Limited Collector’s Combi edition featuring both the English dub and the original Japanese track with English subtitles, courtesy of Anime Ltd.

“How did you do that? Have you ever made anything other than a penguin before?”

Aoyama (Gideon Modisett – When Heroes Fly) is a very bright fourth grader, who loves to take a scientific approach to the world around him. 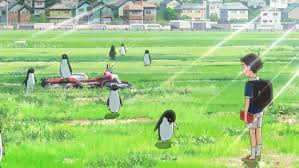 He makes daily notes and prides himself in his ability to learn.

He is quite in love with the Lady (Erika Harlacher – Your Lie in April, Charlotte) who works at his local dentists and tutors him in chess and intends to marry her when he becomes an adult (in 3888 days time). 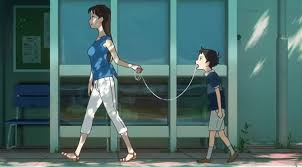 His world is turned upside one day when a large group of penguins suddenly appear in a field in his neighbourhood. Surprising on any day, but especially given how far they are away from the sea. Even more strange, the penguins seem to cease to exist when they get too far away from the town. He and best friend Uchida (Landen Beattie – Spiral Farm) decide to investigate the situation.

He soon realises that there is a link between the penguins and the Lady, when she is in a good mood it seems she can create penguins from inanimate objects. Classmate Hamamoto (Anne Yatco – Children of the Whales) enlists his help in researching a strange sphere on the other side of the forest, which they dub “the ocean”. Together they must piece together the connections between these strange occurrences before it is too late.

Penguin Highway is an excellent film, thoroughly enjoyable to watch. It is extremely well written and has the kind of beautiful animation which we expect from anime feature films these days.

It is colourful, exhilarating and magnificently captures the feeling of looking at the world through the eyes of a child, where everything is fascinating and anything is possible.

It is a coming of age tale in every sense, both personal and scientific and very uplifting. Throw in lots of penguins (and I mean lots), plenty of water and gallons of fun and you have this year’s first must own anime film. Well worth adding to your collection.

“Let’s make a deal, okay? Solve my mystery and I promise I’ll take you to the ocean one day.