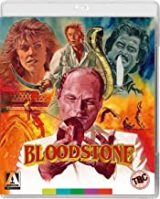 India, a Ruby and Newly-weds. 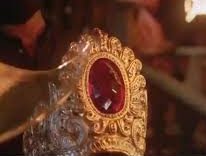 1221 India and the powerful Maharajah of the Kawamaran region has suffered a great loss in his daughter after a tragic accident, now the public funeral and the princesses body is brought to the pyre. She is wearing her crown and this is adorned by the largest ruby you have ever seen. In his grief the Maharajah curses the stone to bring misfortune to whomever possesses it.

Many years later the gem is stolen by the British Empire and now in the present day (1988) the stone has arrived by hook and by crook back into India. It is travelling on the train to Madras in the care of the very lucky small-time crook Paul Lorre (Jack Kehler, Point Break, The Last Boy Scout, Men in Black II), but he knows the authorities are on the train and are possibly looking for him. That’s when he spots an American couple and asks to join them.

The couple are the newly-weds Sandy McVey (Brett Stimely, Watchmen, Transformers: Dark of the Moon, ) and Stephanie (Anna Nicholas, Remington Steele (TV Series), Dirty People) who are mixing business with pleasure on their honeymoon and helping running the textiles company.

Elsewhere, Ludwig Van Hoeven (Christopher Neame, Licence to Kill) an international fence is very eager to get his hands on the ruby and sends his henchmen to retrieve it when it arrives in town.

“Bloodstone: It’s better than slapstick…and they supply the sticks.” 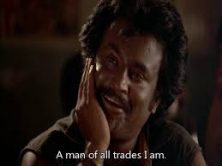 Lorre realises that the authorities are after him at the station, so he offers to carry Stephanie’s sports bag, and he soon off-loads the gem into the bag as they get through the blockade. Before he can retrieve the gem he is picked up by Ramesh but as he is led away he manages to indicate the McVey’s getting into Shyam’s (Rajinikanth, Enthiran, Sivaji, Baasha, Kabali) taxi.

What kind of man would steal a woman’s…balls?

What ensues is a cross between Jewel in the Nile and Indiana Jones and the Kingdom of the Crystal Skull with car chases and fisticuffs, gunfire and rope-bridges. A great adventure film for an afternoon’s viewing.

You are merely the guest of honour

You have a way of mistreating your hostages. 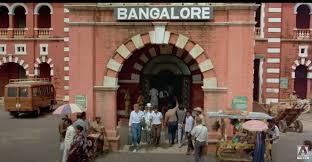 Bloodstone is available on Blu-ray