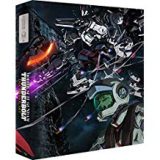 In Space, No One Cares 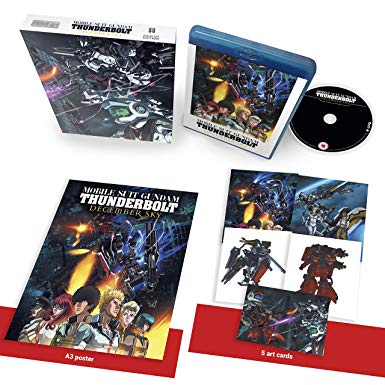 Director/ writer Kō Matsuo (Natsuyuki Rendezvous) gets it right, with this slice of the one year war In U.C. 0079. The Gundam collections grow and this is the slickest yet. With great character creation and sweet animation that shows off the manoeuvrability of the modern mecha suits and the vulnerability of those inside the suits and ships.

Side 4 ‘Moore’ has been decimated by a Zeon attack and jostles for position with the rest of the dead spaceships and debris of dead space mecha. Due to all this space junk the area suffers from lightning storms and has been named the ‘Thunderbolt Sector’. Our story takes place here.

them in their tracks, but they cannot fly through the vast debris field without being picked off by the Zeon ‘Living Dead Division’. A band of vets that would have been retired due to loss of limbs but under the supervision of J.J. Sexton and Doctor Karla Mitchum they can participate in the fight as snipers.

On the Earth side Io Fleming is the star pilot and he is part of the squad to flush out the snipers and stop the Zeon supply lanes. But the squad is mainly wiped

out and Io’s suit is ruined and he floats amongst the debris until he comes across the Zeon sniper Hoozer. Io kills Hoover and steals his Rick Dom and returns it to the Moore Brotherhood and the information it contains. This angers the best sniper in the Zeon army Daryl Lorenz and they both realize that they will have to kill each other.

With prototypes on both side a final battle is inevitable and it is great to watch.

“What would you sacrifice, for Victory?”

With slick animation, Mechs and a great eclectic soundtrack, this is a great addition to the Gundam franchise. A must own for the fans. 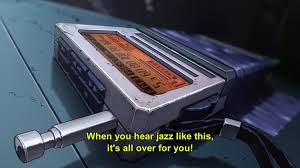