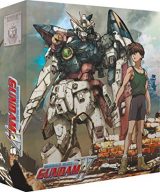 Who Will Rule the Stars?

The classic Mobile Suit Gundam is back with this collectors set parts 1 -25 0f 50 action packed episodes of the battle for Earth and the colonies high above. The old order must fall to the even older order with a new face.

It’s the year After Colony 195, after decades of oppression from the United Earth Sphere Alliance under the guise of peacekeeping and by its secret weapons organization, OZ who supply the Mobile Suits. But the colonies are fed up with this oppression and with the aid of five amazing engineers Dr’s J, U, S, H and O who create, using the rare element Gundanium which can only be refined in space and is far superior to anything that can be 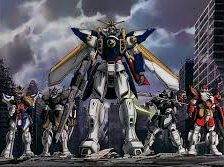 made on Earth, the Mobile Suit Gundam which they use in Operation Meteor.

They send the five suits and pilots in five separate drop ships disguised as meteors. Four of them reach Earth safely but Wing Gundam is intercepted by OZ lieutenant Zechs who forces it to crash into the Pacific Ocean.

Meanwhile there are people who believe in peace (they normally don’t live long) the Alliance’s vice foreign minister Darlian, who is accompanied by his daughter Relena who whilst on a stroll spots a body on the shore.

It turns out he is alive and isn’t a happy person and he beats up the ambulance men and steals the ambulance. He is Heero Yuuy and he doesn’t know the other four pilots,  Duo Maxwell (Death Scythe), Quatre Raberba Winner (Sandrock), Trowa Barton (Heavyarms), Wufei Chang (Shelong).

They have one mission. Take down OZ and the Earth Sphere Alliance to free the colonies.

“Don’t worry about the colonies. Destroy them first, that’s your responsibility.” 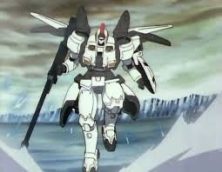 With their superior fire power and defences they cut a swathe through the military bases. until Zechs gets his hands on the original Gundam Tallgeese. He can now take the fight to them and into space.

But with so much ambition and power to be had, either as the head of a powerful planet or pulling the strings from behind the curtain, things do not always run smoothly and the five Gundam pilots find out that the support they once had melts away to reveal hatred as politics change.

This series is for the fans of the Mobile Suit Gundam franchise and not really a way into anime, with mass violence and sometimes a lot of politics for a fifteen certificate. But this is a anime classic and should be well received by its fans. 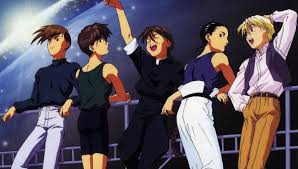