4 stars of disturbing insight into the mind of a killer. 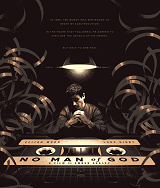 Following it’s success at FrightFest, No Man of God is available now on Digital and will be released on Limited Edition Blu-ray and DVD 25th October 2021 courtesy of 101 films. This uncompromising look at the final years of one of America’s most notorious and hated serial killers, Ted Bundy, is written by Kit Lesser and directed by Amber Sealey (No Light and No Land Anywhere). It is based on the actual transcripts of Bill Hagmaier.

“We’ve got seven days to close God knows how many cases and put these girls and their families to rest.” 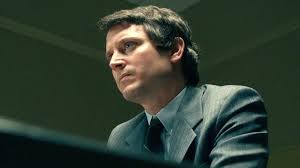 Bill Hagmaier (Elijah Wood – The Lord of the Rings Trilogy, Dirk Gently’s Holistic Detective Agency) is a young profiler for the FBI, who has been given one of the first five full time positions at the National Centre for the Analysis of Violent Crime. For their second round of investigations, they are asked to volunteer to take on a killer and carry out psychological profiling. 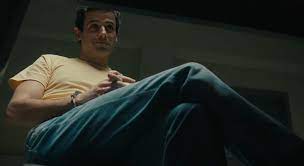 Bill agrees to take on Ted Bundy (Luke Kirby – The Marvelous Mrs. Maisel, Gossip Girl), who is notorious for his dislike of F.B.I. and law enforcement in general. Even his boss Roger Depue (Robert Patrick – Terminator 2: Judgement Day) is sceptical whether or not he can get him to talk, but there are many families of young women seeking closure for the loss of their loved ones and they feel it is worth a shot.

After exchanging letters, Ted  Bundy agrees to see him, much to the surprise of the prison Warden Wilkinson (W. Earl Brown – Deadwood, Preacher) who warns him to be very careful. As the two men get to know each other, a strange relationship develops between them and they begin to confide in each other. When it is announced that the Governor has finally signed his death warrant, but only given seven days notice, the race is on for Bill to try and use what he has learned over the previous four years to extract a confession and find some closure for the families of his victims.

“I didn’t wanna tell that guy that I slept with his dead girlfriend just before I cut her head clean off. I’m going to lunch.”

No Man of God is an extremely well written film. Viewing it through the eyes of the man who did the profiling and knew Ted Bundy as well as anybody is a very interesting new angle on this well known story. The acting is also quite remarkable, Elijah Wood is compelling as the wide eyed and innocent F.B.I. rookie, in danger of being swayed by the manipulative serial killer and Luke Kirby is thoroughly chilling and convincing as Ted Bundy, he genuinely comes across as being evil.

It’s fascinating to see this snapshot of his time on death row, rather than the sensationalized trials and to realise the true depths of his crimes.

This is a great watch and if you have an interest in the psychology of serial killers then this is a must have for your collection.

No Man of God is out now on Digital and will be available to own on Limited Edition Blu-ray and DVD from 25th October 2021. 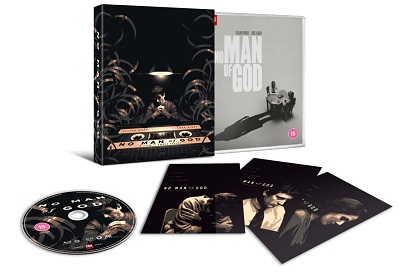