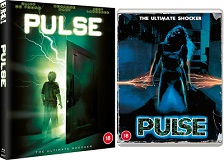 Pulse is a well loved classic eighties horror film, originally released in 1988. It is written and directed by Paul Golding (Beat Street) and was his only feature film.

It is presented here on Blu-ray in the UK for the first time courtesy of Eureka Classics. 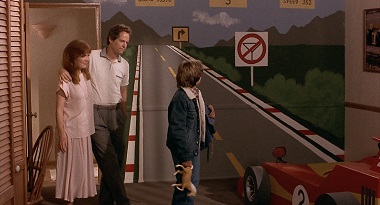 David (Joey Lawrence – Brotherly Love, Blossom) has just finished school for the summer and is reluctantly off to spend the holidays with his dad Bill (Cliff De Young – The Craft, Glory) and step-mum Ellen (Roxanne Hart –  Chicago Hope, Highlander). He has nothing against them but he doesn’t like their new house, it has bars on the windows and he’d rather be with his mother in Colorado. 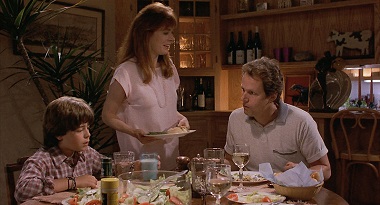 Shortly before his arrival, a neighbor across the street went crazy and trashed his house, flooding it with water and now it sits boarded up, the grass and plants outside all dead and a great source of entertainment for the local kids. David doesn’t really fit in, he’s only visiting after all, but he does have one little pal, Stevie (Matthew Lawrence – Mrs. Doubtfire, The Hot Chick) who sports a magnificent basin haircut. 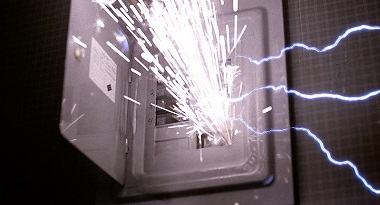 One night while watching T.V. alone, strange things begin to happen, the screen changes and something is re-wiring the telly. The dryer also starts going nuts and David is very freaked out. He believes something is going on, especially when their grass begins to die, just like across the road. 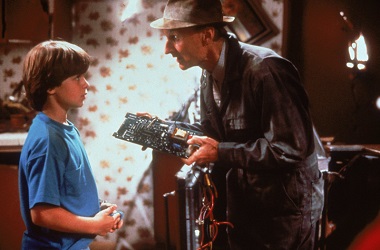 He sneaks into the empty house to look around and there he meets a creepy old man, Holger (Charles Tyner – Harold and Maude, Cool Hand Luke), who tells him that it is the electricity turned into an evil entity out to get each house in the neighbourhood. Obviously his parents do not believe this to be the case, but the evidence will soon start to speak for itself as the electrical appliances go on the attack. 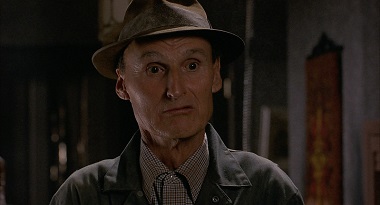 Pulse is a very entertaining watch, even more ridiculous now than when it was released, but probably still enough to drive some crazies off the national grid. The acting is pretty good and there’s plenty of action and some quite scary moments.

It also brings up a few questions, the most pressing of which being, why on earth would anybody in their right minds have an electric waste disposal unit in their house? Madness.

All in all this is a good film, nicely packaged and with lots of special features, well worth adding to your collection.

“Does it talk to you? The voice in the wires, see? Yeah. Fried him like an onion.”

A VHS favourite, Pulse returns to home video on Blu-ray for the first time in the UK as part of Eureka Classics.