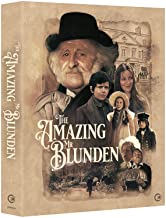 The Amazing Mr Blunden was originally released in 1972 and is based on the novel The Ghosts by Antonia Barber (The Mousehole Cat). It is written (screenplay) and directed by Lionel Jeffries (The Railway Children, The Water Babies) who brings his trademark magical touch to the story. In time for Christmas it is enjoying a Limited Edition Blu-ray release courtesy of Second Sight.

“Do you think you’d be afraid if you saw a ghost?…Sometimes ghosts are people who come back seeking help.”

Set in 1918, Mrs Allen (Dorothy Alison – A Town Like Alice, Georgy Girl) is a war widow who has fallen on hard times and is forced to live in squalid conditions in Camden with her three children. They are Lucy (Lynne Frederick – Nicholas and Alexandra, Phase IV), Jamie (Garry Miller – The Strauss Family) and baby Benjamin.

One night, they have a mysterious visitor in the shape of Mr Blunden (Laurence Naismith – Village of the Damned, Camelot) a solicitor from London who wishes to offer Mrs Allen a job, that of caretaker of an old, remote and supposedly haunted mansion. He takes the children to one side, asking them if they would be afraid of ghosts and whether they would help if asked to. 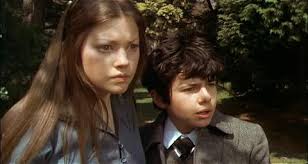 Upon their agreement he leaves his card and disappears into the night. Although his fellow solicitors are surprised to see them, Mr. Clutterbuck (Graham Crowden – Calendar Girls, Waiting for God) nevertheless agrees to give Mrs Allen the job and so the whole family find themselves moving to the derelict Langley Park. 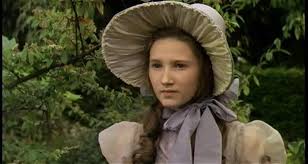 Lucy and James soon encounter the supernatural elements of Langley Park, a young girl Sara (Rosalyn Landor – The Devil Rides Out) and her younger brother Georgie (Marc Granger – Follyfoot). They are in fact time travelling in order to find help.

Following the tragic death of their parents, they were placed in the care of Uncle Bertie (James Villiers – For Your Eyes Only). 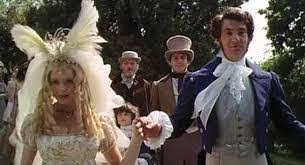 However when he married a show girl named Bella (Madeline Smith – Up Pompeii, Live and Let Die), her evil mother Mrs Wickens (Diana Dors – Just William) moved in with them and began to terrorise the children to get their inheritance. It is up to Lucy and Jamie to try and help them before it’s too late. 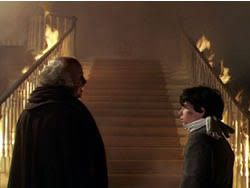 The Amazing Mr Blunden is a really enjoyable film to watch. It’s a thoroughly charming story, very much of the era and a wonderful adventure for children of all ages to engage with.

The story is a little bit confused and doesn’t stand up to overthinking and the ending, although lovely, makes no sense at all. None of this matters however, it’s so watchable that you just don’t care about it’s flaws. With a well written script and good acting, plus lots of special features and extras, this is an ideal stocking filler that the whole family can enjoy.

“Ghoulies and ghosties and long leggedy beasties, that place has got.”

The Amazing Mr Blunden is available to buy now on Limited Edition Blu-ray.