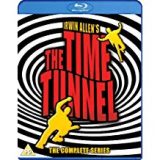 From Troy to Krakatoa the Time Tunnel has it all.

From the creative genius of Irwin Allen (The Lost World, Voyage to the Bottom of the Sea, Lost in Space, Land of the Giants, Beyond the Poseidon Adventure) comes a true Sci-Fi classic from the small screen in the corner of the 1960’s living room. Now brought to us in colourful Blu-ray quality, all 30 episodes of its original run sequence. 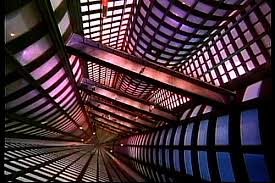 Billions of Dollars have been spent on a Top Secret facility in the Arizona desert and now they have to justify that expenditure to Senator Leroy Clark (Gary Merrill, Mysterious Island, Twelve O’Clock High) who has the power to pull the plug on the whole project. Including the vast underground complex (800 floors deep and employing more than 12,000 specialized personnel), that is contained within Project ‘Tic-Toc’. The team has been experimenting with sending objects 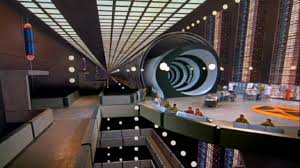 back in time for ten years now (1968) and the Senator wants to see results, a person sent back in time and returned.

Movie) and Raymond Swain (John Zaremba, The War Between Men and Women) have to work out a way to keep their project going.

Dr Newman takes it upon himself, when all the others are talking to start up the Time Tunnel and launch himself into the past.

As the team frantically work to find out where and when Tony is, Tony finds himself on a liner and the date is Saturday, April 13 1912, the day before the Titanic hit the fateful iceberg.

The team manage to find Tony and the Time Tunnel can lock into him and see him. When they see that he has been locked in a part of the ship that will suffer the initial impact, Dr. Phillips decides that he must go back in time to help his friend out.

Now there are two top American scientists stuck in time as they are pulled through time, time and again for thirty spectacular episodes.

This is a must have for anybody that is into the 1960’s Sci-Fi scene. 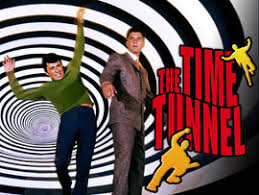 The Time Tunnel is available as a Blu-ray Box-set.