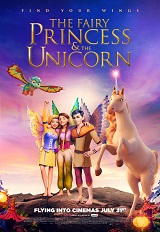 The Fairy Princess and the Unicorn is an animated feature film for young children, originally (and more appropriately) titled Bayala: A Magical Adventure.  It is produced by German studio Ulysses Filmproduktion but features English voice actors.

Just in time to pop into a Christmas stocking, this beautifully animated tale is available in the UK on Digital Platforms and DVD courtesy of Signature Entertainment.

“Run all you want, but where will you go? Soon Bayala will be mine.” 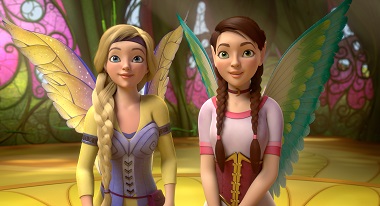 Bayala is a magical kingdom, where Elves have lived in peace and harmony with Dragons for years. The many tribes of Elves have always cared for the Dragons eggs and in return they share their magic with the kingdom.

All this is shattered one day when the Queen of the Shadow Elves, Ophira (Lisa Ortiz – Chaotic, Gladiators) steals all the Dragons eggs for herself in a bid to take control. The magic begins to fade and the wilt begins to slowly destroy the flowers and forests. 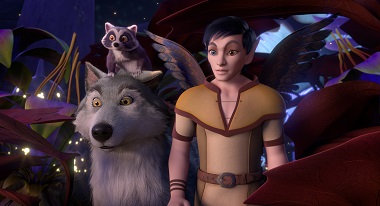 She also kidnaps Surah (Madison Mullahey) a baby Sun Elf. She is raised in the castle but many years later manages to escape with the help of her Shadow Elf friends Jaro (Gregory Max) and Nuray (Rebecca Becker), the niece of Ophira. She returns home to the welcoming arms of twin sister Sera (Jessica Webb) and elder sister Eyela (Sara Peterson), soon to be crowned Queen. 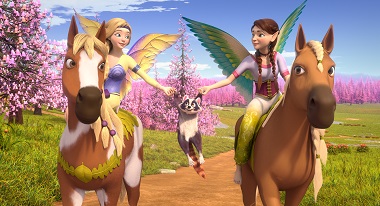 During the ceremony, an amazing discovery is made, a Dragons egg has been found by a young Elf named Marween (Olivia Manning). Now Surah and Sera must find a way to defeat Ophira, unite the Elves and bring the magic and the Dragons back to Bayala.

The Fairy Princess and the Unicorn is a lovely film to look at and young children will be enchanted by the colourfully animated characters. Each fairy tribe has different wings, ranging from feathers to frost to rainbow, all of which are beautifully realized, along with the breathtaking scenery. 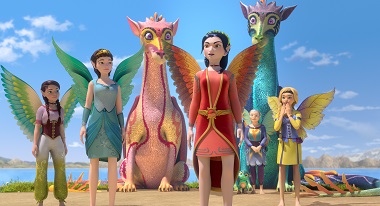 Unfortunately the plot hardly lives up to the visuals, there seems to be an awful lot going on given the age group this is aimed at and it’s pretty hard to keep track even for an adult. Also slightly disappointing is that the Unicorn of the title only appears very briefly and has nothing to do with the story.

All that said, this is not aimed at me, and for anyone with youngsters to entertain this is an ideal stocking filler, sure to keep them enchanted time and again and packed with wholesome values to take away.

“This will heal your hand, but my sister’s wings won’t change, no matter how long you stare at them.”

The Fairy Princess and the Unicorn is available now on Digital HD and DVD.