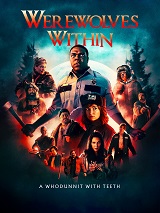 Werewolves Within is an American comedy horror film based on the popular multiplayer VR game of the same name. It has a screenplay by Mishna Wolff (Limp) and is directed by Josh Ruben (Scare Me).

It is presented here in the UK on Digital and DVD courtesy of Signature Entertainment.

“Wow. Yeah, you’re gonna fit right into Beaverfield. Everyone here is a little questionable, you know. The weather, the people, everything.” 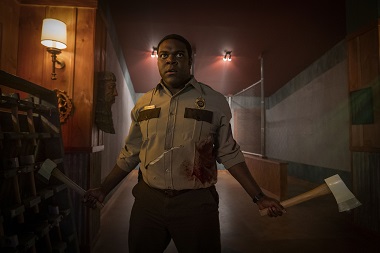 Finn Wheeler (Sam Richardson – House Broken, The Tomorrow War) is a Ranger with the U.S. Forest Service. Following a mishap at his former employment, he has been transferred to the small town of Beaverfield. He arrives at a crucial moment as the town is divided over the issue of a gas pipeline from Midland Gas.

As soon as he arrives he meets Mr. Parker (Wayne Duvall – Lincoln, O’ Brother Where Art Thou?), the representative from Midlands Gas, arguing with Jeanine Sherman (Catherine Curtin –  Stranger Things, Orange is the New Black), the proprietor of the Beaverfield Inn. 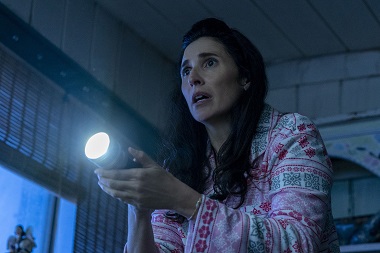 The postal worker Cecily (Milana Vayntrub – This Is Us, Mother’s Little Helpers) has a letter already waiting for him from Doctor Ellis (Rebecca Henderson – They Remain).

She wants him to investigate local resident Emerson Flint (Glenn Fleshler – Joker, Billions) for illegal trapping. Cecily accompanies him and along the way they meet some of the town’s colourful characters, including millionaire power couple Devon (Cheyenne Jackson – American Horror Story, Call Me Kat) and Joachim (Harvey Guillén – Eye Candy, What We Do in the Shadows), who are opposed to the pipeline scheme, as well as the terrifying Trisha (Michaela Watkins – Wanderlust) and her husband Pete (Michael Chernus – Tommy, Patriot) who are all for the pipeline and want to use the money to open up a craft store. 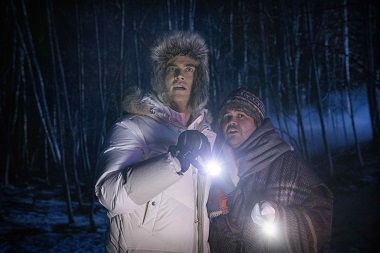 With the players all on the board, there is a sudden storm related power outage. Further inspection reveals that the road out of town is blocked and all of the generators in the town have been deliberately damaged by what appears to be a canine animal. This unlikely bunch must try to set aside their differences in order to survive whatever it is that hunts them in the shadows. 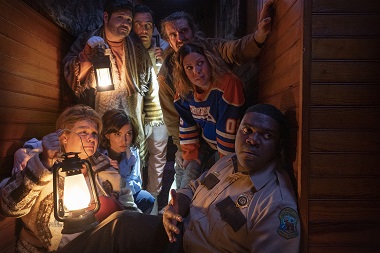 Werewolves within is a highly entertaining film, laugh out loud funny in quite a few places. There is a great nineties sound track too which perfectly complements the action.

There are some brilliant acting performances and the script is fantastic, giving them plenty to get their teeth into (as it were). It’s really good to see a film which can find a balance between comedy and horror, and this one does it magnificently.

A really fun film with a cool twist, this one is well worth adding to your collection.

“I’m so sorry for your loss Trish, but everything in these woods eats little dogs. I can’t get on the Internet!”