4 star restoration of a forgotten gem. 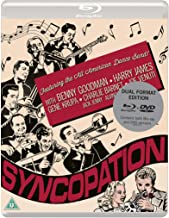 Syncopation is based on the story by Valentine Davies (The Glenn Miller Story) with a screenplay by Philip Yordan (Night Train to Terror) and Frank Cavett (The Greatest Show on Earth). It is directed by William Dieterle (Faust, Love Letters) and was originally released in 1942.

It has enjoyed a 2K restoration courtesy of the Cohen Film Collection and Eureka Classics and is available in the UK for the first time on Dual Format DVD and Blu-ray.

“I raised that child Your Honour, and I ain’t never seen nothing wrong in music or in folks bein’ natural. Music comes right from her soul and there can’t be no harm in that.” 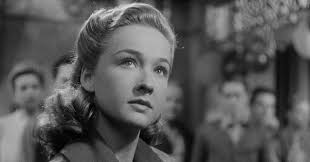 Syncopation is the story of the history of the musical forms which employ syncopation. It is set in the early days of Jazz, before it was really recognised as acceptable music and covers ragtime, jazz, swing, blues, and boogie woogie. 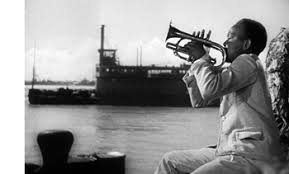 The different eras are viewed through the eyes of Kit Latimer (Peggy McIntyre – Small Town Girl), a young girl living in New Orleans and immersed in the local music. She lives in New Orleans with her father George (Adolphe Menjou – Paths of Glory, The Front Page) and is being raised by his housekeeper Ella (Jessica Grayson – Our Very Own).  Ella has a son Reggie who is learning to play the trumpet at a nearby African American Musical College. He struggles with classical music and starts to produce a jazz like sound. 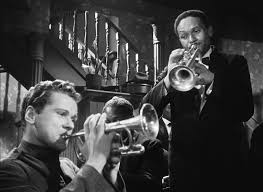 Their lives are changed one day when an old friend of her father, Steve Porter (George Bancroft – Stagecoach) notices their financial worries and offers the opportunity for the family to return to Chicago with him. Kit is unhappy as she loves New Orleans and Reggie is to remain behind. 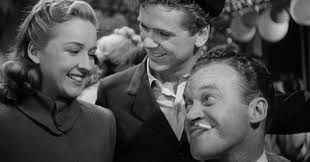 The journey of these young people follows the changing eras, from the turn of the 20th Century, through Prohibition, the Great Depression and the outbreak of WWII and covers the way that music changed with the times.

Syncopation is a very enjoyable film to watch for any fans of music. It’s toe tappingly good from start to finish. There’s lots of freeforming and improv and enough rousing music to keep any jazz enthusiast happy. There’s also plenty of comedy, my favourite moment being Kit’s trial when she gets all the stuffy old men shuffling their feet. 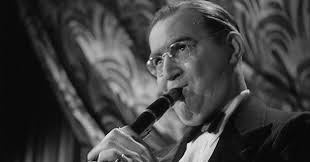 The impressive line up in the final jam session is thanks to a contest set up by RKO to allow the readers of the Saturday Evening Post to vote for their favourite musicians to form the All-American Dance Band featured in the film. The winners were Charlie Barnet, Benny Goodman, Harry James, Jack Jenney, Gene Krupa, Alvino Rey, Joe Venuti, and singer Connee Boswell, who all appear as themselves.

It’s not the best story ever written but it is very well remastered and a must own for fans of good music.

“The kind of Jazz we know is dead, and you can count me out as a pallbearer.” 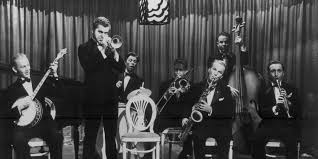 Syncopation is available to buy now on Dual Format DVD and Blu-ray.