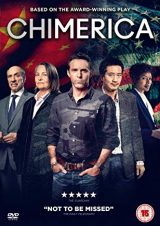 Chimerica is a four part Channel 4 miniseries, based on the Olivier award winning play of the same name written by Lucy Kirkwood (The Children, The Smoke). It is directed by Michael Keillor (Line of Duty, Doctors). It is set during the time of the U.S. presidential elections of 2016.

“We’re done, son. You’ve made all of us look dirty at the very moment we need to be immaculate.” 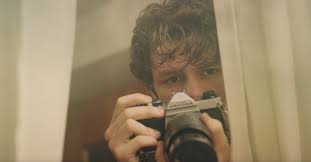 His claim to fame is that as a young man, he took the iconic photograph of the “Tank Man”, standing in front of Chinese tanks in the aftermath of the Tiananmen Square protests in 1989.

Now working for a newspaper, all of the journalists are in the frenzied run up to the elections, covering rallies and trying to appear upstanding. 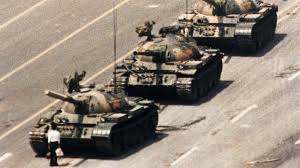 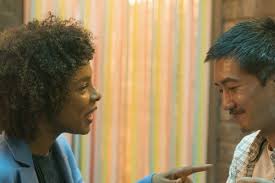 On the plane he meets the lovely Tessa (Sophie Okonedo – Hotel Rwanda, After Earth) and is immediately taken with her. Upon arrival he takes them to meet his old friend Zhang Lin (Terry Chen – The Expanse, Birth of the Dragon), himself a veteran of the Tiananmen Square protest, whose wife was murdered by the Chinese Government when the troops advanced. 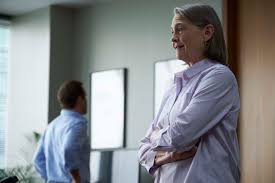 Unfortunately for Lee, one moment of madness photoshopping an image which he took in Syria is enough to destroy his credibility and lose him his position at the paper. In order to try and regain some sort of career prospects, he takes it upon himself to attempt to learn the identity and fate of the man he photographed almost thirty years before.

Chimerica is a totally candid look at the political climate and the way in which news, fake and otherwise affects our lives. Although the character of Lee Berger is fictional and the true fate of the Tank Man is unknown, it is nevertheless a fascinating story exploring the possible repercussions of such actions. 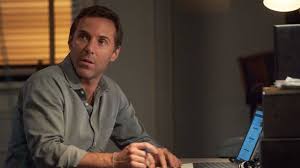 The story is gripping from start to finish, intelligently written and extremely well acted by all concerned. It also highlights the disturbing parallels between the Chinese and American societies in the light of the rise of Trump and his administration. A great watch and well worth adding to your collection.

“You know, this isn’t just about the Tank Man. Zhang Lin, he lost his wife. She was shot in the street and no-one remembers.” 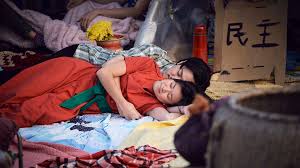 Chimerica is available to buy now on DVD.