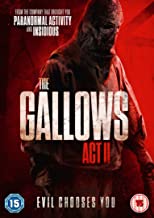 The Gallows Act II is the sequel to the hit film The Gallows. Not having seen the original, I can’t draw any comparisons, but it doesn’t seem that you need to have watched it to understand this one, it works well enough as a stand alone.

It is written and directed by Travis Cluff (Gold Fools) and Chris Lofing (Prey), the creators of the original film.

“Sorrow, torment, pain, fear with every breath. Dost thou know such malevolent anguish? For I am never alone. Wanted am I. Hunted am I. Ruin beckons me.” 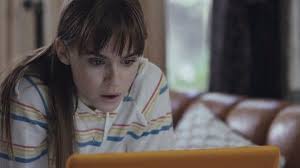 Auna Rue (Ema Horvath – Like.Share.Follow., Viscous) is a teenage girl who aspires to become a well known actress and leave her mark on the world. Despite a complete lack of support from her parents, Auna is determined to pursue her dream and things seem to be looking up. 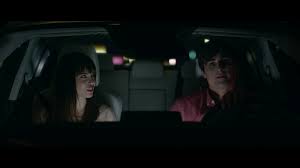 She has been accepted to the renowned Fellbrook High School, which has a well respected drama programme which has produced many Broadway stars and has moved in with her sister Lisa (Brittany Falardeau – Nothing Like the Sun, Defeated). She also finds herself a dashing boyfriend at her new school, Cade (Chris Milligan – Kerion, Dead Gorgeous). 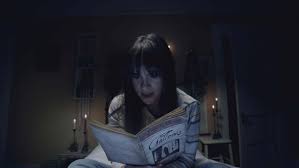 To get her name out there, she has a Youtube channel, however she has stalled at just under 200 followers, not quite what she was after. That all changes one day when she receives a message from a user called almostfamous99, pointing her towards a new viral challenge, The Charlie Challenge. The challenge involves reading from a stage play called The Gallows, believed to be haunted following a tragic accident during a school performance in which the actor died.

When her followers watch the video, they see what they perceive as supernatural events occurring behind her and her social media presence starts to rise. She also finds some success performing the play in her acting class, but as some aspects of her life improve, others begin to spiral out of control. Is there any truth to the rumours of a curse?

The Gallows Act II is a pretty enjoyable watch. It’s not particularly scary, relying mostly on cheap jump scares, but it is good fun. 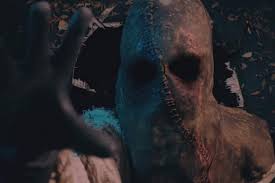 The script isn’t bad and the acting is actually quite good. As with most horror films it is largely based on characters making poor life choices, but when that involves teenagers and social media it seems quite plausible. My main complaint is that much of it is so dark that it’s quite difficult to see what is going on, you’re in your own house, turn the lights on!

The story is all a bit silly, but the twist does sort of explain some of the loopholes and nicely rounds off a fine bit of popcorn viewing. As long as you are prepared to leave your brain at the door, this will make an excellent addition to your horror collection.

“Oh my love. How art thou unafraid? For the hangman cometh for thee, for us both.”

The Gallows Act II is available to buy now on DVD.