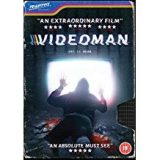 Videoman is released as part of the Frightfest presents collection from Signature Entertainment. It is written and directed by Kristian A. Söderström and is his feature directorial debut. It is presented here in Swedish with English subtitles.

“Nowadays, attention is more quantity than quality. As long as I’ve got a place where I’m not replaceable, I don’t give a damn what people think.” 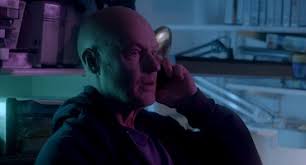 This is a very strange film, telling the story of Ennio (Stefan Sauk – The Girl With the Dragon Tattoo, Millenium), a VHS collector and enthusiast trapped in an endless cycle of nostalgia. Having allowed his obsession to ruin his relationship, he now lives alone in a basement which he has converted into a facsimile of a video rental shop, dreaming of his glory days in the 1980’s. Facing eviction, he is in a very tricky financial situation. 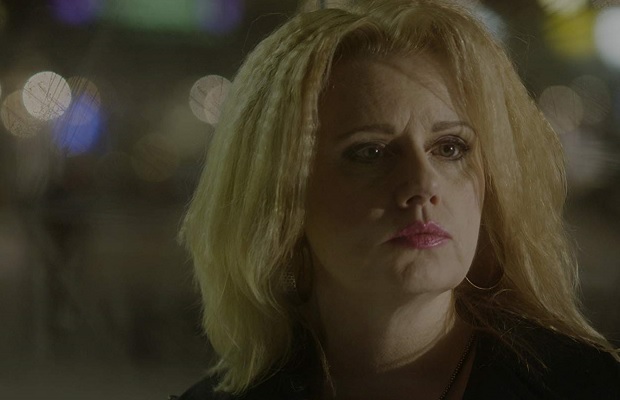 One day, a chance encounter introduces him to Simone (Lena Nilsson – Love and Happiness, The Seventh Shot), a disillusioned office worker who is struggling with alcoholism and a dysfunctional relationship with her daughter. She too is obsessed with the past, dressing like she did in the 80’s and listening to music from that era because that was when she was happiest.

She is selling a box of old VHS tapes, purchased by Ennio for a very rare video called “Zombie” to complete his collection. Word gets out however, and he is soon contacted by “Faceless”, a video collector offering a substantial sum of money, enough to bail him out of trouble and he agrees to sell. 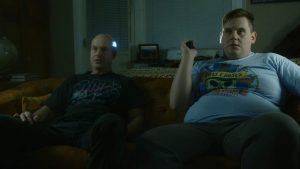 All his plans are ruined when the film is stolen and he embarks on a desperate search, all the time trying to manage his burgeoning relationship with Simone.

I am uncertain as to why this is a Frightfest film, concentrating as it does mainly on the relationship between two lonely middle-aged alcoholics, however the films which he likes to collect are Italian Giallo films, a genre which bleeds out into the film itself. It’s an interesting mix of Eighties style and Italian melodrama, with a very amusing twist at the end.

It is very evocative of the era our main characters idolize, even the cover feels really retro, excellent work.

All in all, although certainly not a horror it is an enjoyable watch if you don’t mind subtitles and worth adding to your collection, especially for Giallo fans. 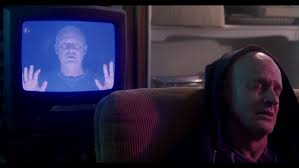 Videoman is available to buy now on Digital HD and DVD.