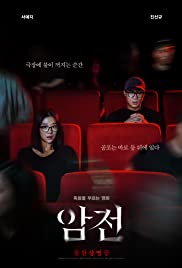 Warning: Do Not Play is a South Korean Shudder original horror film written and directed by Kim Jin-won (The Butcher). It is available on Shudder.com , a premium horror/thriller streaming service and also on Shudder UK.

“Do you have a religion? Stop thinking about Warning, start going to church.”

Mi-Jung (Ye-ji Seo – Save Me, Lawless Lawyer) is a young film director. She has been contracted to make a film on the back of film festival success but is struggling to come up with the goods. With her final deadline looming, things look bleak, her dreams provide her with some ideas but not enough.

As luck would have it, good friend and former colleague Joon-Seo (Yoon-ho Ji – In Between Seasons, Argon) remembers a rumour that he heard. A student filmmaker produced a film for his graduation project which was supposedly so scary that half the audience ran out and one of them died of a cardiac arrest. Unfortunately he knows neither the title nor the year it was made, just the University.

Spotting an opening, Mi-Jung heads off to Daejeon University to investigate, but runs up against resistance there too until she speaks to the students, who all know the rumours about the film “Warning”, supposedly made by a ghost. 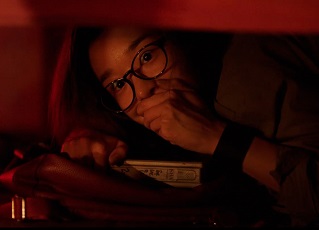 Finally, she is able to track down director Kim Jae-hun (Seon-kyu Jin – The Outlaws, Kingdom), however he is less than pleased to see her and offers a stark warning to leave well alone. Of course she does not do this and events begin to spiral out of control as the lines between truth and fiction blur.

Warning: Do Not Play is an interesting addition to the haunted film genre. It approaches from several angles, traditional horror film style for Mi-Jung’s activities and found footage style for the actual film she is researching, as well as a making-of feature. 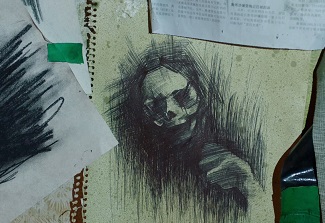 Clever as all this is however, it does eventually result in the story becoming a little fragmented and rather confusing and difficult to follow in places. It does have a good and very surprising twist and the whole thing is carried by an excellent acting performance by Ye-ji Seo who really makes it believable.

The majority of the horror comes towards the end of the film, prior to that it is more of  a mystery. Once it arrives it is a blood soaked eyeball fest and quite satisfying.

Well worth a watch as something a little different in this genre, sure to delight fans of Korean horror and haunted films.

“So, what happens to the director and her friend, in the end?”

Warning: Do Not Play is available to stream now on Shudder.