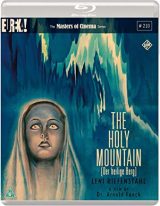 The Holy Mountain (Der Heilige Berg) is a silent film made in 1926. In 2001 it was photochemically restored from two seperate sets of nitrate prints, from which this 2K restoration was produced. It is written and directed by Arnold Fanck (The Mountaineers, Storm over Mont Blanc), considered to be the creator of the “Mountain Film” genre of German cinema.

The film is presented here courtesy of Eureka! as part of the Masters of Cinema Series #210.

“What does one search for up there?”

The Holy Mountain is described as a drama poem with scenes from nature and is dedicated to Arnold Fanck’s late friend and mountaineer Dr. Hans Rhode. It is essentially a love triangle, set against the magnificent backdrop of Bavarian Alpine scenery. 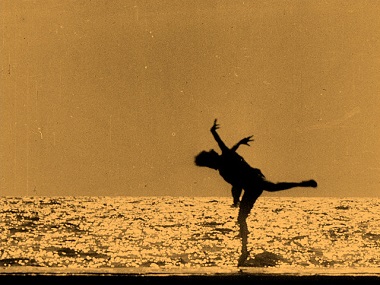 Diotima (Leni Riefenstahl – Der Grosse Sprung, White Hell of Pitz Palu) is a young dancer who lives beside the sea. She dances to express her passions, both for the sea and for the man of her dreams, a mountaineer. Following a performance at the Grand Hotel she meets Vigo (Ernst Peterson – Fight for the Matterhorn), a young man from the mountains and an accomplished skier. 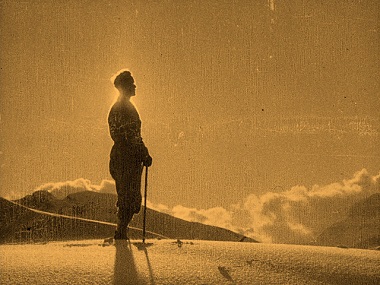 Also at the performance is “The Friend” (Luis Trenker – The Mountain Calls, Mountain Smugglers), best friend of Vigo, who is enchanted by Diotima and climbs a mountain to celebrate. Springtime arrives and Diotima heads up the mountain to enjoy it and to watch the ski competition, in which Vigo is participating.

While at the cottage in the mountains, she meets The Friend and immediately falls in love. However Vigo is also interested and this could be a problem for the three of them. 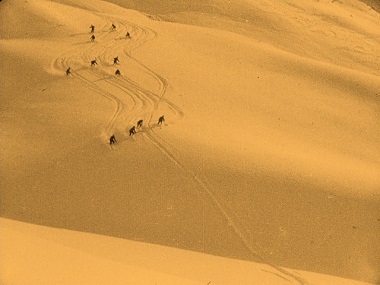 The Holy Mountain is a truly breathtaking film. The scenery is stunning and it is packed with images of nature and the Bavarian Alps. The score, written by Edmund Meisel (Battleship Potemkin) is at times dramatic, at times gentle and always appropriate to the situation. Most impressive are the action sequences, which the film takes great care to stress are filmed over 1 1/2 years in the Alps, featuring German, Norwegian and Austrian master skiers.

The winter sports sequences are mind blowing, the sheer bravery of the skiers and the actors is astonishing and very exciting to watch. This is a great piece of history and it’s brilliant that it has been saved. 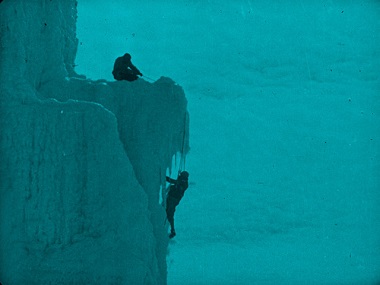 This release also includes a feature length documentary entitled The Wonderful, Horrible Life of Leni Riefenstahl, 180 mins, telling the story of this highly controversial actress and director, known as “Hitler’s filmmaker” thanks to her Nazi propaganda films. There is also a very interesting booklet included. A fascinating look at the past and well worth adding to your collection.

“Racing through the forest, they no longer notice the fairy tale beauty of the snow covered firs.”

The Holy Mountain is available to buy now on Blu-ray.