Fight for Your Brothers and Sisters.

All The Anime bring us Shinji Ishihira‘s (Air Gear: Kuro no Hane to Nemuri no Mori) climatic conclusion to the Tartaros Arc and the end of season 7, as Natsu and all of the Fairy Tail guild try to survive the curses of the Tartaros and their leader Mard Geer. Gripping stuff.

Grey has landed a mortal blow to his re-animated fathers body using a cannon ball as all his magic could not touch his father Silver, and now his father wants him to do the final blow. All dramatic stuff as Keyes had used a necromancy curse on Silver and if he is killed then Silvers life will be over. At the moment that is Juvia Loxar’s problem, as Keyes is one of the

nine gates and can summon anything dead to do his bidding.

Everything she tries just just bounces off him and nobody is capable of helping her. Silver contacts her via telepathy asking for her to kill Keyes and end his life so Grey can move on. Juvia would normally do anything for Grey but even she has trouble agreeing to Silver’s request. She reluctantly agrees and now she has to come up with a plan and she does.

remover of all magic). There are thousands of them and Erza and her allies finally get to the control centre and have to deal with Kyôka becoming the detonator for the faces. She is mad and speeds up the countdown. The race is on.

When all the dragon slayer wizards fall to the ground and a strange aura fills them, something is bad, very bad and when Acnologia appears and starts his reign of destruction, everybody is in danger. It is Natsu that is shocked the most as his father Igneel appears in front of him and flies off to take on the massive Acnologia. But Natsu is after answers so gives chase but his father doesn’t have time and promises him that when he fulfils a contract he will tell him all. The task is to steal Mard Geer’s book, the book of E.N.D. 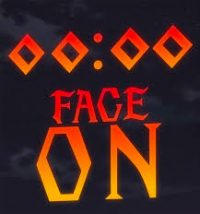 This sensational conclusion to Fairy Tail is all about powers gained and Celestial sacrifices, lives risked, the fate of magic is at stake. Or will E.N.D be all we have to dread. 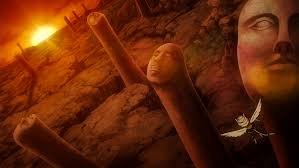