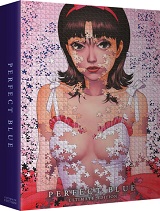 Perfect Blue was originally released in 1997. It is based on the novel ‘Perfect Blue: Complete Metamorphosis’ by Yoshikazu Takeuchi. The film is directed by Satoshi Kon (Tokyo Godfathers, Paprika) and produced by studio Madhouse (Mai Mai Miracle, Wicked City). It is released in the UK as a Limited Edition Collector’s package courtesy of All The Anime.

“Excuse me…Who are you?” 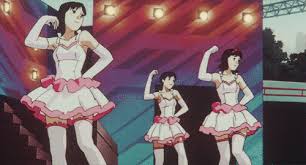 Mima Kirigoe (Bridget Hoffman – Durarara!!x2, Wolf’s Rain) is a relatively well known and loved pop idol, a member of J-pop group Cham! along with her friends Yukiko (Dyanne DiRosario –  The Legend of Black Heaven) and Rei (Mary Elizabeth McGlynn – Digimon Fusion). However, her management have other ideas and feel that she should be breaking into acting and she agrees to a complete career and image change. 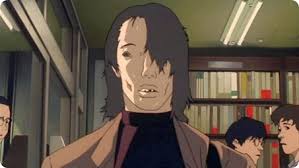 The news is not well received by the fans, who believe that they have been betrayed. Especially upset is obsessive fan Me-Mania (Robert Martin Klein – Noein: To Your Other Self) who stalks her wherever she goes and even writes a website in her name, called Mima’s room, containing intimate details about her life and pretending to be the ‘real’ Mima.

With the help of Tadoko (Barry Stigler – Cowboy Bebop) and Rumi (Wendee Lee – The Testament of Sister New Devil, Your Lie in April) she lands a part in a crime drama called Double Bind. At first she only has a small part, but after some negotiation, the script writer makes her a main character. Unfortunately, this involves a dramatic and graphic rape scene, a far cry from the wholesome image of a pop idol. 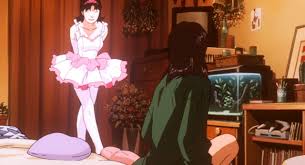 Traumatized by the scene, she begins to lose the ability to differentiate between fiction and reality, her job and her life. That’s when the murders begin in the real world and as she continues to be stalked, her grip on reality slips even further.

Perfect Blue is a brilliant film, very well written and still every bit as pertinent today as it was when it originally came out. It’s commentary on the Internet and it’s potential pitfalls, new as it was at the time, still stands today and it makes a powerful statement about the difficulties of moving from one career to another in the public eye. 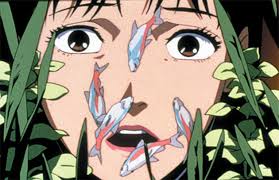 It is a really good story too which leaves you guessing right to the shocking twist at the end. There is quite a lot of graphic sexual content and it is certainly not for the faint hearted. It has stood the test of time and this special edition has loads of new special features, well worth adding to your collection.

“Nobody likes a pop idol with a tarnished reputation. You won’t be able to step back into that spotlight now.”

Perfect Blue Ultimate Edition is available to buy now from All The Anime and Zavvi.