4 stars for this enjoyable but confusing romp through the city. 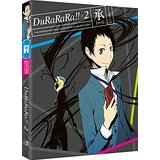 Durarara!! x2 Shou is part of the second series, which is split into three parts and is to be followed by Durarara!! x2 Ten and Durarara!! x2 Ketsu. It is based on the light novel series written by Ryohgo Narita and illustrated by Suzuhito Yasuda. It is produced by studio Shuka (91 Days).

“This is a horse, so it has no headlights or licence plates.” 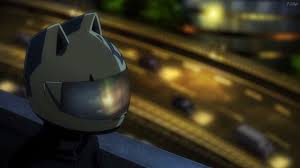 As with the first series, the story is set in the city of Ikebukuro and contains a multitude of characters. It is centred around Celty Sturluson (Kari Wahlgren – Fate/Stay Night: Unlimited Blade Works), a modern day Dullahan or headless rider, who is a constant source of consternation  to the local police.

In place of her head, for which she is searching, she wears a motorcycle helmet and rides a bike named Shooter, who can transform into a headless horse (among other things) and who neighs as she rides about. Also involved is her partner Shinra (Yuri Lowenthal – Naruto: Shippuden), a scientist whose family are experimenting on Celty. 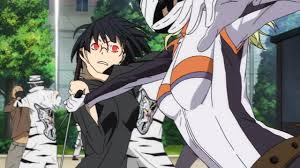 There are far too many other players to mention here. The gangs from the first series have returned, The Dollars, an online community with no rules founded by Mikado (Darrel Guilbeau – Magi: The Labyrinth of Magic) of which many of our main protagonists are members as well as new gangs to add to the mix. 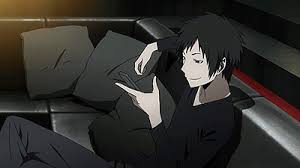 Behind the scenes and quietly coordinating events, we have Izaya Orihara (Johnny Yong Bosch – Bleach), an information broker trying to stir up long forgotten animosities in Ikebukuro for his own agenda.

There will be murders, kidnapping, gang fights and of course Russian Mafia in the form of Varona (Brina Palencia – Good Luck Girl!) and Sloan (Richard Epcar – Noein: To Your Other Self). 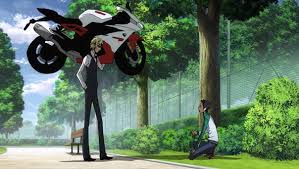 Overall Durarara!! x2 Shou is an enjoyable watch, however it does have a few issues. There are just so many characters and so many story threads going at one time, that however hard you try it is almost impossible to keep track of everyone.

It is probably a side effect of being the first part of three that the story doesn’t really go anywhere and quite a few of the new characters introduced seem to get sidelined a bit. It does however finish with a cracking cliff hanger which makes you want to watch the next one.

Good fun if you can keep up with it and well worth a watch!

“Good evening my brave knight of Halloween. Play time for children has ended. It is a shame.” 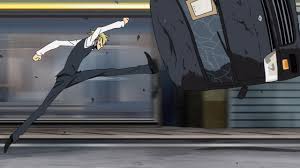