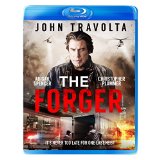 4 Star A fathers love for his son heist movie.

Generally a TV director Philip Martin, (Mo, Bloodlines) takes Richard D’Ovidio, (Exit Wounds) story and gives a tale that star John Travolta has personally gone through and he was definitely the man to choose for the role. As he gives a great performance and just listening to Christopher Plummer is always a pleasure never mind watching him. 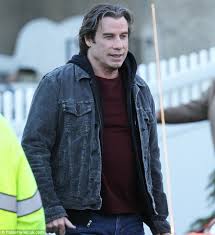 Raymond J. Cutter (John Travolta, The Taking of Pelham1 2 3, Wild Hogs) is four years into a five year stretch inside, taking the

fall for the local mob guy Keegan (Anson Mount, Straw Dogs). But Ray is agitated, with ten months left he wants out as soon as possible. With his lawyer insisting that he just do his time and get released but Ray says make the call.

long time friend Carl (Marcus Thomas, You Kill Me) who drops him off at his fathers home Joseph (Christopher Plummer, Up, A Beautiful Mind) who to say is mightily surprised to see him as is everyone including his teenage son Will (Tye Sheridan, Joe) who is pretty indifferent about his fathers reappearance.

l with Keegan to get him out, to everyone’s disgust. Will has Cancer of the brain and Ray doesn’t know how long Will has got, hence the deal. But for Ray to convince Will that he is sincere he says to Will that he is like a Genie and grants him wishes.

Unfortunately one of his wishes is to meet his mother, to the annoyance of Ray, Joseph and the other ex of Kim (Jennifer Ehle, Robocop (2014)) Rodney (Bryan Veronneau, Approaching Heaven). 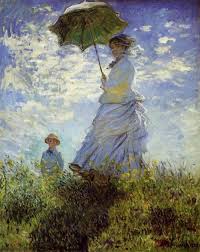 With all this going on with Will, Ray still has to deal with the sizable dept he owes to Keegan for getting him out. and this involves him returning to his old way of painting and what a painting Claude Monete’s, Lady with a Parasol.

This is what Raul Carlos (Julio Oscar Mechoso, Machete Kills) really wants for his private collection. This is what agent Paisley (Abigail Spencer, Cowboys & Aliens) would like to prevent from happening.

The film is a builder as it starts the story then grows the characters, then we get into the heist movie. A thoroughly enjoyable film for a Friday night. 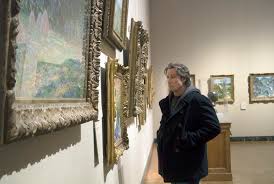