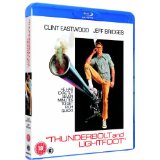 From the writer (Michael Cimino, Deer Hunter) that gave us first Silent Running then Magnum Force, comes his directional debut, Thunderbolt and Lightfoot.

He brings us a tale of bungled heists, the resolve of the robbers, and the bright ideas of the young. 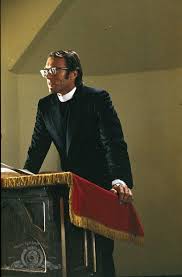 7 years ago a daring robbery took place, where an antitank gun was used to gain entry to the vault and remove a massive haul.

Now it’s time to collect the hidden stash. Thunderbolt, (Clint Eastwood, The Good, the Bad and the Ugly, Unforgiven, Gran Torino) is now preaching in a small church in the middle of nowhere.

The saying “honour amongst thieves” does not apply here, as his partners in crime have finally tracked him down, thinking that he has double crossed them.

The young Lightfoot, (Jeff Bridges, True Grit, Iron Man) cons his way into a Firebird pretending to be an injured veteran and then promptly disappears in it.

He soon comes across a rapidly fleeing preacher who attempts to climb into his car, which he does but at a cost. 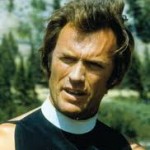 They are both successful in their 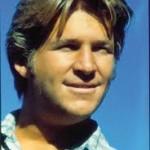 getaway and soon form a friendly bond as Thunderbolt takes Lightfoot under his wing.

But, as with all things that are chased, they are bound to be chased again, as Red and Eddie find their quarry. Red is a very angry and violent man and it looks like he doesn’t want to take any prisoners, he believes the money is gone and through Thunderbolts pockets to boot, so he wants revenge. 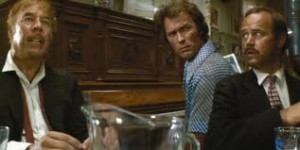 But after a close encounter, Thunderbolt convinces Red and Eddie that he never got the stash, that he hid it behind a blackboard of a small school which has now disappeared.

Then a bright young spark comes up with an idea, pull off the exact same heist they did 7 years ago.

Let the shenanigans begin, as they take on normal jobs to fund and acquire what they need for this daring caper.

You always know where this film is going and you keep watching hoping that you are wrong, simply it is “Brilliant.”

This is now a firm classic and should be in your collection whether it be the Eastwood one (Shelves groan) or the Bridges one.

Especially as it is now in 1080p beautifully seen as the opening credits are still grainy until the opening shots and then it’s “ooh”.

Available to buy on Blu-ray Now.