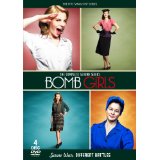 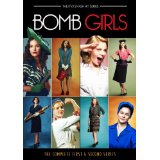 Once again we see the Blue shift workers hard at work supplying the armed forces with bombs.

For those new to this, please read Bomb Girls Series One 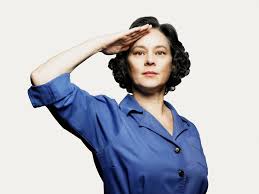 It’s now 1942 and America has joined the fray. The pressure is on at VicMu to maintain and increase production whilst rationing takes hold for all the workers. As Lorna Corbett tries to keep all the girls on the straight, she also has to deal with Marco and the after-affects of their liaisons.

All the while, everybody is trying to do their bit for King and Country, raise money 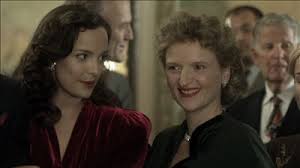 Even this gallant effort has Gladys at odds with her parents Rollie, (James McGowan, Total Recall) and Adele, (Kate Hennig, The Claim) and Withem Foods, as her face is now all over posters and their tinned foods. 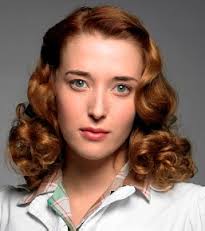 Kate is lost, then Betty (Ali Liebert, Apollo 18) finds her and then loses her again, then finds her again with terrible consequences for them both.

Kate does return to the factory but she is not the same girl as before and she has to learn how to lighten her heart and regain her true voice. Whilst Betty deals with her secret love for her friend and the affections of another that she cannot accept. 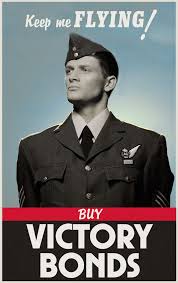 All heads turn when Lorna’s son Eugene, (Brett Dier, Diary of A Wimpy Kid) returns home the local hero on leave and a bond rally. He has a gung-ho attitude to life, women and alcohol and this infection takes strong in Gladys as she forgets her fiancée for a short while and the trouble that this will cause to her and her family.

As inventory starts to go missing from the factory and with suspicions down in the delivery room, Marco, given his Italian ancestry and his father languishing in an 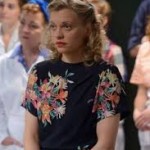 internment camp for the last two years, soon appears to be the culprit. However Vera, now working in the office, has become quite the sleuth and finds the real culprit for the missing TNT.

Everybody is dealing with something that might affect their work or their life decisions and this leads to some gripping tales that will have you reaching for the hanky or taking a deep breath of chest filling pride.

Available to Buy on DVD Now and box set of Series 1+2 Now.