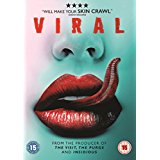 “By executive order, it is now a felony to harbour an infected individual.”

The Drakeford family have just recently moved to the remote “Shadow Canyon Estates” so that the father Michael (Michael Kelly – The Adjustment Bureau, Now You See Me) can take up a position as a teacher at the local high school. 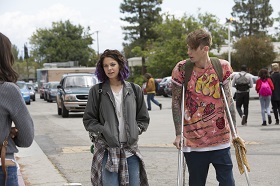 His wife is away on business and his daughters are dealing with the move in their own way. Emma (Sofia Black-D’Elia – Project Almanac) is the shy one of the two but has made a good friend in the form of Gracie (Linzie Gray – Legit). Stacey (Analeigh Tipton – Warm Bodies, Lucy) is more of a bad girl and has already found herself a boyfriend, C.J. (Colson Baker – Nerve). 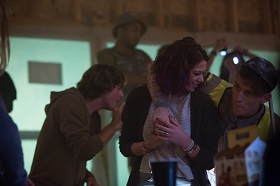 Life is just starting to look up for the girls, their mother is on the way home and Emma has finally managed to catch the attention of their neighbour Evan (Travis Tope – Little Accidents). However, disturbing news reports are coming in from around the globe. A new bloodborne virus, known as “Worm Flu” is spreading like wildfire, making people aggressive, hungry and spitting blood in order to propagate the virus. 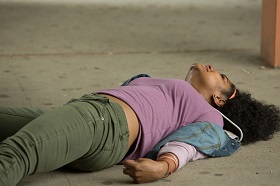 It all seems a million miles away, but when Gracie contracts the disease from her mother, who has been away in San Francisco, it is suddenly all too close to home. Before long, the county is in lockdown and Michael is stuck at the airport, while Emma and Stacey are left home to fend for themselves.

At first it all seems like fun but when the virus hits close to home and the CDC and the military become involved it soon becomes apparent that an impending zombie apocalypse isn’t as much fun as they thought it might be. 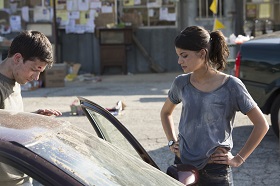 Viral is a very well put together film, with excellent acting and a good script which moves the plot along nicely. The special effects are pretty scary, the worms creeping about under the skin and protruding from ears should be creepy enough for anyone. A great one for Halloween, grab your popcorn and prepare to be grossed out.

“It is important to remind ourselves that this is not an airbourne disease. This is one that can be controlled and contained very effectively if we follow the correct protocols.”

Viral is available to buy now on DVD.