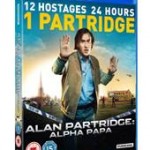 Alan Partridge, (Steve Coogan, Philomena) does his afternoon show and is a well liked Dj as are his fellow Dj’s including Pat Farrell, (Colm Meaney, Con Air) who does the late night show.

Things are running comfortably and that’s the problem with the new owners of the station.

A re-branding is needed for the new station of Shape and this upsets Pat and unnerves the other Dj’s so Pat asks his friend Alan to have a word with the new board and secure their jobs. 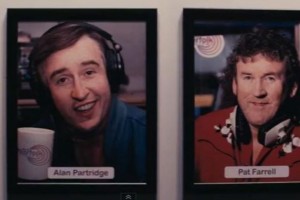 But Alan is always fast thinker and talker, mostly during backtracking after putting his feet in it.

That’s when it happens, Alan spots a piece of paper saying Farrell or Partridge, thinking the worst he endeavours to save his own job which involves volunteering Pat for the firing line.

Avoiding his friend as much as he can, as he clears his locker out and leaves the studio, that’s the end of that as far as Alan is concerned until later when passing one of the studios the window is shot out and Alan departs the building very quickly. Alerting the police who recruit him as a mediator as Pat will only talk through him. 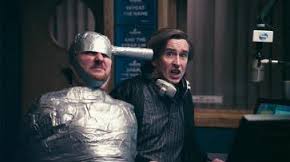 He finds his sidekick Simon, (Tim Key) lashed to a chair with an attachment on his head for a shotgun to fit into. But Simon can Handle it.

This is where both Coogan and Meaney start to shine, as Pat and Alan  trade words with the listeners the police and each other as the coward in Alan takes a grip of him. 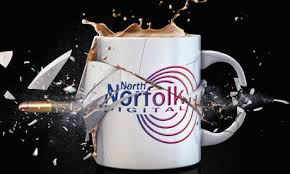 Is this the end of them both as the armed police surround the building or is Alan at the end of his tether. it’s all here for the Alan Partridge fans.

I found that it was Colm Meaney that made it for me as his experience shines through as a seasoned actor.

With Bloopers and deleted scenes and the making of the film as extras, it fills out the package. 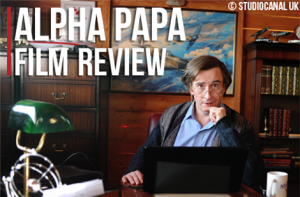 Available to Buy on Blu-ray and DVD Now.