2 stars for this pretty but lacking in substance take on the story of Dracula. 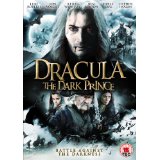 Dracula: The Dark Prince is an action/ fantasy, directed by Pearry Reginald Teo (The Gene Generation, Take Me Somewhere Nice) and is loosely based on the Dracula myth, featuring Van Helsing (John Voight – Mission: Impossible, Heat), the renowned vampire hunter. 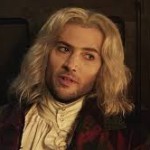 In this new version of the story, Dracula (Luke Roberts – Ambition, Holby City) is a former warrior of God, who turns to the dark side following the brutal murder of his lover. Having been cursed to spend eternity ruing his actions, he sets out to find the Lightbringer, a mythical weapon. Legend has it that Lightbringer may only be wielded by direct descendants of Cain and Abel, and dependent on the bloodline, can bestow either life or death. 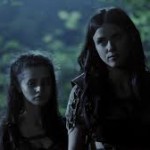 Enter Alina (Kelly Wenham – Perseverance, Where The Heart Is), the beautiful crusader charged with protecting the Lightbringer and Esme (Holly Earl – Possession, Casualty), her trusty side-kick.

While travelling to a rendezvous with Van Helsing they are ambushed by a gang of thieves, led by the dashing Lucien (Ben Robson in his first major role), who is determined to steal the contents of the box which they carry. Happily, Van Helsing is there to save the day, the weapon is retrieved and Lucien decides to remain with the party.

Unfortunately, Alina is kidnapped by a horned henchman dispatched by Dracula. He discovers that she resembles his lost love and the usual sickly story ensues, as Van Helsing races to save the day. 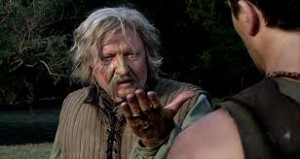 The story does all seem to be a bit daft. The script is not great either, although the actors do a fair job with it (except for John Voight’s accent, I don’t even know what it is supposed to be).

The costumes and sets are pretty impressive, but do seem to be where most of the budget went, as if they’ve gone “Hey, let’s wear loads of cool stuff!” but not really bothered to work out what they were dressing up for. 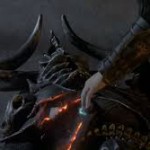 True Dracula fans will probably be disgusted with this effort as it messes with the myth on all sorts of unnecessary levels.  It isn’t helped by the fact that the amazing Lightbringer is in fact a walking stick with a windmill poking out of the end of it. Very strange.

Not bad for a turn your brain off evening in front of the telly, and lovely to look at with the nice scenery and all, but this will almost certainly not set your world on fire.

Dracula: The Dark Prince is available to buy on DVD from 3rd Feb 2014