5 stars for this outstanding psychological thriller. 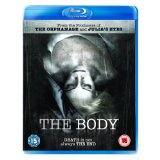 The Body (El Cuerpo) is directed by Oriol  Paulo (writer of Julia’s Eyes) and is a Spanish film, subtitled in English, with well deserved rave reviews after its screening at the London film festival.

After Ángel Torres (Miquel Gelabert – Box 507, El Greco), the night security guard at the local morgue, sees something that frightens him so badly that he runs in front of a car and falls into a coma, the police are called in.

Chosen to take the case is Jaime Peña (José Coronado – Acusados, Son Of Cain), a troubled cop, haunted by the death of his wife, who finds old memories brought back upon the discovery that a body has gone missing from the freezer.

“The body” turns out to be that of Mayka Villaverde (Belén Rueda – The Sea Inside, The orphanage), a powerful and wealthy business woman and the wife of Álex Ulloa (Hugo Silva – Paco’s Men, I’m So Excited) whose strange behaviour begins to make Jaime suspect foul play. 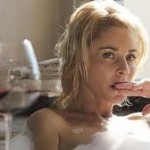 Trapped in the Morgue, with a storm coming in and strange phenomena beginning to occur, it would seem that everyone involved is going to be in for a very interesting night.

Don’t be fooled by the rather understated title, this is a brilliant film. It is compelling from start to finish and the well written script and excellent acting build the tension until you just can’t wait to find out what’s going to happen next. The story is incredibly well thought out, giving you just enough to keep you guessing.

I was on the edge of my seat the whole time, and the twists and turns take unpredictable to a whole new level.

I thoroughly recommend The Body, don’t be put off by the subtitles, the story is good enough that you won’t even care.

The Body is available to buy now on DVD and Blu-ray now.