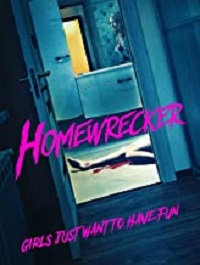 Homewrecker is very much a group effort, written by Precious Chong (Playing It Cool) and Alex Essoe (Doctor Sleep) who both also star, as well as Zach Gayne (States) who also directs.

“Marriage is a big commitment, but you can still leave. But once a kid enters the picture, that’s the point of no return, right?”

Michelle (Alex Essoe) is a young interior designer, relatively recently married to husband Robert (Kris Siddiqi – Hero Elementary, The Boys) with whom she is trying for a family.

Linda is an older woman who lives alone and spends her days taking exercise classes and yoga. It is here that she first notices Michelle and takes a liking to her.

She approaches her one day in a coffee shop, invites herself to join her and starts asking lots of personal questions, offering unsolicited advice about her “problems”. Before she knows it, Michelle has agreed to look at Linda’s house with a view to working her design magic on it.

Right from the start alarm bells ring, she has a decorative sledge hammer in the dining room and wants to drink before noon. Michelle tries to be polite, but as Linda becomes increasingly needy and desperate, she starts to realize she has made a big mistake.

Homewreckers is an interesting film. It has a very small cast and is mostly set in one location which adds to the tension nicely. There are some comedy touches, the game of Party Hunks does look quite entertaining in an eighties kind of way and the exchanges are pretty tongue in cheek. 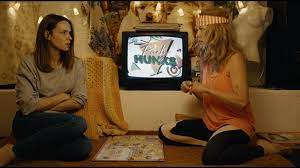 It’s definitely not for people with sensitive ears, there’s an inordinate amount of screaming which gets grating quite quickly. It’s also a bit hard to believe anyone could really be as stupid as some of the side characters in this film.

There is a decent twist if you can last that long and Precious Chong gives a magnificently unhinged performance, so good in fact that it’s quite hard to watch in places.

Personally I would have preferred more subtlety, it’s very in your face, but there’s plenty of gore and it’s worth a watch if you’re a fan of the genre.

“Even if you kill me, it’s not going to change the fact that you’re an unlovable f*** up.”

Homewrecker is available now on Digital Platforms including Amazon Prime.