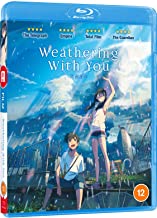 The man of many talents, writer, director, producer, animator, editor, cinematographer, voice actor, manga artist and former graphic designer, Makoto Shinkai (5 Centimetres Per Second, Journey to Agartha, The Garden of Words, Your Name) sets the bar at its highest point with Weathering With You. The writing, the animation and the balance of this film puts all the others under a cloud of heavy rain. And you will believe in the rain.

Tokyo the near future and a woman lays in a hospital bed, as her daughter holds her hand. It’s raining as it seems to do all the time nowadays. But as the girl holds her gravely ill

mothers hand, a shaft of sunlight breaks the clouds and highlights a rooftop down the street and the girl runs from the room towards the light. Atop an abandoned high-rise she sees a shrine illuminated in the rain. She runs towards it praying and as she crosses the threshold of the shrine…

Meanwhile, sixteen-year-old Morishima Hodaka (Kotaro Daigo, The Battle: Roar to Victory, The Brightest Roof in the Universe) has runaway from home and is heading towards Tokyo on a ferry which is about to be hit by yet another rainstorm which Hodaka loves to feel. But this deluge disrupts the boat so much that Hodaka slides down the deck towards an opening in the side of the boat. Luckally he is saved by the 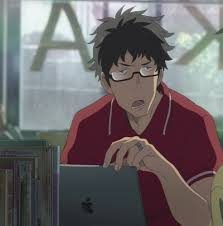 swift hand of A & K Planning CEO Keisuke Suga (Shun Oguri, Lupin the 3rd, Harlock: Space Pirate, HK: Forbidden Super Hero). Indebted Hodaka buys Suga his lunch and an expensive beer. A boy with no I.D. or a job this comes as a steep lesson. But Suga takes pity on him and gives him his business card and says call him if he needs help.

Living on the streets of Tokyo is tough, with run-ins with delinquents, the

police and not able to find a job he spends most of his time lying low and sitting in McDonald’s (yes there is a lot of product placement in this film, but then again, it isn’t going to pay for itself is it?) where a young girl gives him a ‘Big Mac’ at the end of her shift.

Down on his luck he uses the Business card and heads for the opportunity of a job. What he finds is an unlocked shabby building and a girl asleep on the couch, who is Natsumi (Tsubasa Honda, Blue Spring Ride) who helps Suga produce fluff pieces for publication in Urban legend magazines and what they want is a piece on the mystery of the “Sunshine Girl”. A person who literally can bring out the sunshine. But gifts always comes at a price.

This is Hodaka’s and Hina’s (Nana Mori, The Anthem of the Heart, School Lawyer (TV Mini-Series)) story.

A ray of sunshine in your cloudy day. But do have the tissues at the ready. 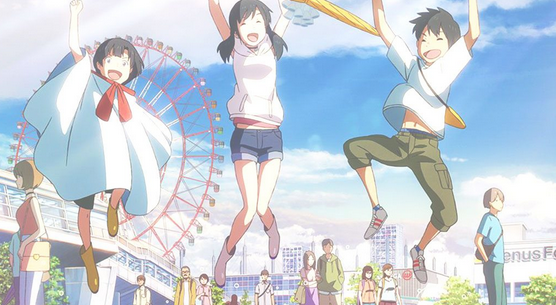 Weathering With You is available on Blu-ray