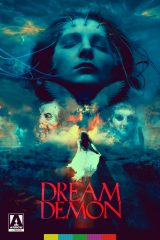 Dream Demon is written and directed by Harley Cokeliss (Malone, Black Moon Rising)  and was originally released in 1988. It has been remastered and is presented here on Blu-ray for the first time following a 2K restoration, in 1080p courtesy of Arrow Video.

The film features an introduction from Harley Cokeliss, who describes this release as “refreshed, revived and improved”, an exciting prospect for fans of this forgotten gem, which doesn’t disappoint even thirty years later.

“Never underestimate the power of the press…” 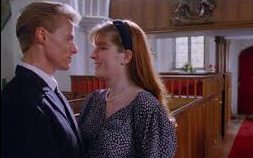 Diana (Jemma Redgrave – Lassie, Holby City) is a rich girl from a well to so family. She and her husband to be, Oliver (Mark Greenstreet – Trainer) have been bought a house in London by her father as a wedding present. Diana has moved into it alone, as Falklands hero Oliver is away working.

Ever since moving in Diana has been troubled by ever worsening nightmares. She is also ruthlessly hounded by the press, in the form of sexually abusive reporter Paul (Jimmy Nail – Crocodile Shoes) and his sleazy photographer Peck (Timothy Spall – Mr Turner, Early Man), who are the masters of innuendo. 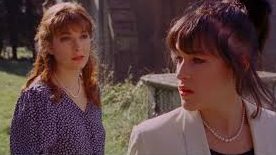 During a particularly unpleasant encounter, she is saved by self assured american Jenny (Kathleen Wilhoite – Road House, The Edge) who she invites in for a drink to say thank you. It turns out that Jenny is visiting from Los Angeles seeking her roots. She believes she used to live in the house but has no memories of her time there. 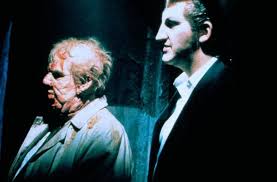 As the two become friends, Diana’s dreams intensify, drawing in all those around her and the lines between dreams and reality begin to blur. How will they all escape unscathed?

Dream Demon is a very enjoyable film. Watching it again as an adult, I found different aspects of it scary, however the whole thing is just as good as I remember it. The acting is solid, the concepts and effects are interesting and this restoration really brings it all to life. Most surprising of all is how good comedians Jimmy Nail and Timothy Spall are in their sinister roles.

It is helped by a very electronic yet still haunting soundtrack from Bill Nelson (Brond) which add to the inescapably eighties vibe. This film is so eighties that it practically pads your shoulders and gives you a spiral perm, a brilliantly gory blast from the past. A must own for horror fans and well worth adding to your collection.

“How big is his wanger? His wanger, his dong, his schlong, his plonker, his mutton cutlet, his pork sword, his beef bayonet?” 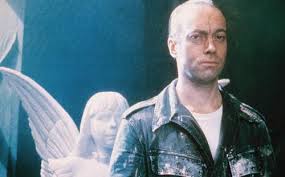