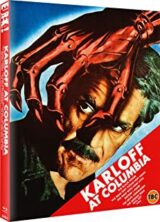 From the master of horror that was Boris Karloff (The mummy, The Bride of Frankenstein, The Mask of Fu Manchu, Black Friday) comes a collection of his films from the 1930’s-40’s while he was contracted to Columbia. A lot has been written about this period in cinematic history and most say it was Universal that were at the top of the game at this time and all other studios were making inferiors films. Poppycock, a master is a master and Karloff was the master like no other. This Blu-ray contains the ‘Mad Scientist’ series, well that is a misnomer as he portrays scientists at the cutting edge of their field of science (Freezing, electricity, cryonics), but it is the common men/women who do not understand and stand in the way that turn the scientist into a vengeful murderer.

First up is a 19th century prophecy driven tale seeing Karloff playing twins in The Black Room Mystery.  A Tyrolean castle in the late 18th century, and it is an auspicious day for the de Berghmann baronial family as the wife is about to give birth. However, when it is disclosed that they are twins, the Baron’s face drops 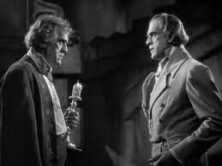 Gregor and Anton grow up, with Anton leaving to travel and learn the world, being recalled by his brother some ten years later and we find the air dark as the towns people have grown to hate Gregor and the strange disappearance of women that go to the castle. Anton has an eye for the pretty daughter of Col. Paul Hassel (Thurston Hall, Carson City) who is Thea (Marian Marsh, Beauty and the Boss) who gets on much better with Anton, but there is another fly in the ointment Thea’s beau Lt. Albert Lussan (Robert Allen, Rio Grande Ranger). How will the dastardly Gregor get his girl? 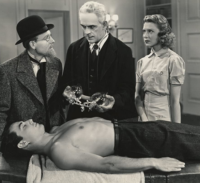 The next four films show that Karloff is the wronged scientist in The Man They Could Not Kill, The Man With Nine Lives, Before I Hang, The Devil Commands. With supporting cast including (Lorna Gray, The Gallant Legion), (Robert Wilcox, Mysterious Doctor Satan), (Roger Pryor, Case of the Missing Man), (Jo Ann Sayers, The Light of Western Stars), (Evelyn Keyes, The Seven Year Itch), (Bruce Bennett, The Treasure of the Sierra Madre), (Richard Fiske, Welcome Stranger), (Amanda Duff, Mr. Moto on Danger Island). 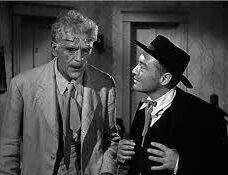 inally, we end on a lighter horror note with the pairing of Karloff and Peter Lorre (M, Arsenic and Old Lace, 20,000 Leagues Under the Sea, Casablanca, The Maltese Falcon), as the Prof. Nathaniel Billings. He has fallen on hard times and has to sell his 8th-century tavern to Winnie Layden (Jeff Donnell, In a Lonely Place) who’s ex-husband tries to stop her but it is too late, and now he wants to hang around this crumbling new hotel. It was sold on the condition that the professor can carry on with his experiments in the cellar and that his two retainers are allowed to stay also. Well this leads to much death and hilarity.

Karloff at Columbia is a must for his fans and fans of horror in general and these films are a big part of cinematic history with this icon in the lead roles. Hours of fun for the horror fan. 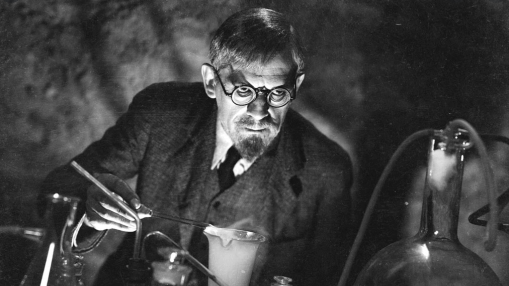 | All six films presented in 1080p across two Blu-ray discs