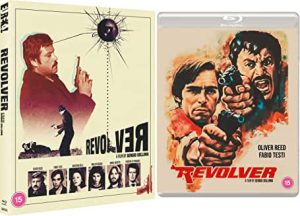 He Will do Everything for Love.

From the days when men were hard and the crimes were dirtier. Revolver comes from writer/director Sergio Sollima (Violent City, The Black Corsair) an Italian tale of criminal activity that crosses the border into France. A time when fashion was vibrant, values were different and everybody smoked. Being Italian, there is plenty of flesh on show. 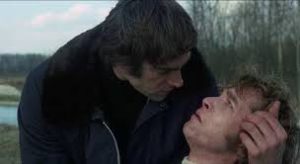 It is nighttime and there are sirens ringing as Milo Ruiz (Fabio Testi, The Avenger, Zorro, The Hawk and the Dove) and Jean-Daniel Auger (Alexander Stephan, Ludwig, Das Schweigen im Walde) flee down the road. They manage to steal a car and make it to the countryside, but all is not well as Jean-David was shot in the stomach twice and is not going to make it. He does not want to be found by the authorities and end up in a morgue, so on his passing, his good friend buries him, where he will never be found. 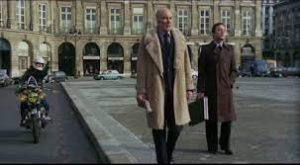 Meanwhile, in the city, oil magnate Harmakolas (Jean Degrave, The Three Musketeers: Part I – The Queen’s Diamonds, Murder in a Blue World) is assassinated by a man on a motorcycle. This brings singing star Al Niko (Daniel Beretta, Secrets of the Satin Blues, Time Regained) into the attention of the police as the motorbike was owned by him. The bike is a mess and so was the rider, as they were involved in an accident with a train. Al Niko identifies the body as that of Jean-Daniel. 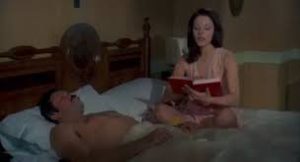 Elsewhere, Prison governor Vito Cipriani (Oliver Reed, Dr. Heckyl and Mr. Hype, The Prince and the Pauper) and his wife Anna (Agostina Belli, Scent of a Woman, Double Murder) are thinking of Christmas as they take life at a relaxed pace. That is, until the phone rings and there is trouble at the prison. He sorts his problem out swiftly and when he returns home the house is empty, Anna cannot be found. 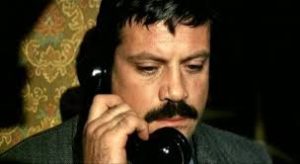 It turns out that being a prison governor is very useful for the seedy underbelly of society, they want a prisoner released, a one Milo Ruiz. If he is released then so will his wife who they have kidnapped. But Vito doesn’t think like other humans, and he turns the tables on the kidnappers, see how he does it, in this intense cat-and-mouse chase across Europe. 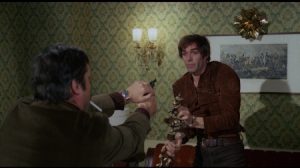 Revolver is available on Blu-ray