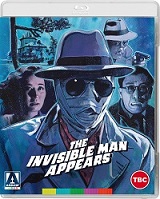 This Blu-ray features two Japanese films, among the earliest examples of tokusatsu (special effects) cinema from Daiei Studios (Gamera, Warning from Space). This is the first time they have been released outside Japan. They are both loosely based on characters created by H.G. Wells.

They are  presented here on Blu-ray courtesy of Arrow Video.

The Invisible Man Appears was originally released in 1949. It was directed by Shinsei Adachi and Shigehiro Fukushima, with special effects by Eiji Tsuburaya (Godzilla). 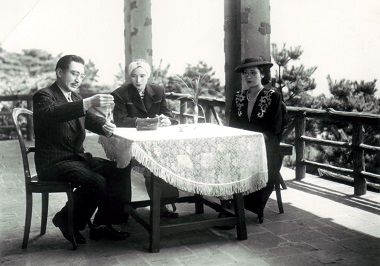 Dr. Kenzo Nakazoto (Ryûnosuke Tsukigata) has been working on a drug to make objects transparent and therefore invisible. He has been successful, but kept his discovery to himself, as the drug causes aggression in humans and cannot be reversed.

He challenges his disciples Kyosuke Seki (Daijirô Natsukawa) and Shunji Kurokawa (Kanji Koshiba) to come up with their own invisibility solutions, with an award going to the winner, as well as the hand of his daughter Machiko (Chizuru Kitagawa).

Unfortunately for all concerned, on of his investors, Ichiro Kawabe (Shôsaku Sugiyama) has thought of a use for invisibility. He has become obsessed with a necklace called the Tears of Amour and will use any means including kidnap and murder to get his hands on it.

“The professor is a gentle man, and even with the drug, I don’t believe that he is capable of robbery and murder.”

The Invisible Man Vs. The Human Fly was originally released in 1957. It was written by Hajime Takaiwa and directed by Mitsuo Murayama. 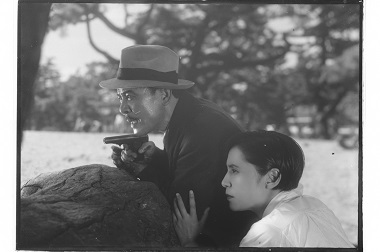 Doctor Hayakawa (Shôzô Nanbu) is travelling home on a flight when the passenger from the next seat is murdered, although no-one saw anything. As it turns out, a series of mysterious murders have been committed and there is very little to connect the cases.

Investigating the case is Chief Inspector Wakabayashi (Yoshirô Kitahara), who interviews Hayakawa and his daughter Akiko (Junko Kanô) and jokingly suggests that the killer may have been invisible. 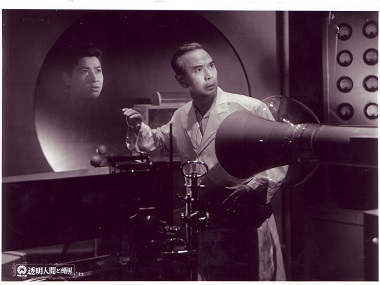 It is at this point that Doctor Hayakawa reveals that along with his assistant Dr. Tsukioka (Ryûji Shinagawa) he has recently unlocked the secret of invisibility while studying cosmic radiation.

Soon Wakabayashi realises that the only thing the murders have in common is a buzzing sound heard at the scene. Could someone have found a way to shrink down a human to the size of a fly? In that case, only an invisible man could solve the case!

“Hayama. I hope you’re not suggesting that the murderer was a housefly!” 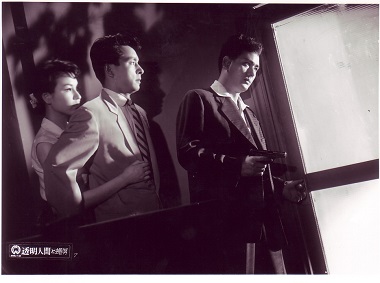 These are both delightfully entertaining B-movies, packed to the rafters with dodgy science and extravagant and very well done special effects. It’s definitely not one for fans of realism, you need to leave your science brain at the door and bring your fantasy brain with you.

They are both pretty well written and acted and each one features a random and entirely unnecessary but fun song and dance routine. There are unmistakable similarities to their Western counterparts too.

It’s great to see films like this available outside Japan, this is an excellent package and well worth adding to your collection.