The Kaiju of all Box Sets.

Arrow Video have outdone themselves with this monster box set. Who would have thought back in November 1965 when director Noriaki Yuasa (Attack of the Monsters, Ultraman 80 (TV Series), Kosupure senshi Cutie Knight) and produced and distributed by the groundbreaking Daiei Film (Rashomon, Gate of Hell, Ugetsu) released Gamera, the Giant Monster that it would spawn (pun intended). A genre of Kaiju films that would span from 1965 to modern day 21st century. With this monster 12 feature film boxset you also get a plethora of special features (see below trailer) which make this creature feature a must for any fan of the Kaiju genre. (Information courtesy of Wikipedia). The B-movie is King.

Gamera, born out of an A-bomb explosion as an unknown aircraft is shot down over the Arctic by a watchful American air force. But it is a Japanese doctor, his aid and a photographe

r who witness the birth of a mythical beast that the native Inuit chieftain calls Gamer. A giant turtle with teeth, who takes out his wrath on the exploration ship the Chidori Maru and the American fighter jets with his fire breath, before disappearing under the waves.

Gamera resurfaces at Sagami Bay, Japan where he frightens the locals, except for Toshio (Yoshiro Uchida, The House of Wooden Blocks), a boy releasing his own pet turtle back into the wild. Toshio rushes to the local lighthouse to calm Gamera, but Gamera is in a destructive mood, and he destroys the lighthouse, but he makes sure he rescues the young boy before the lighthouse collapses.

“Gamera is a good turtle,” 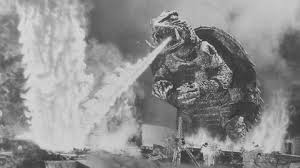 Gamera craves energy in the form of flames or electricity and after disappearing back into the sea he re-emerges near Tokyo and by now the government have designated him as an enemy and try to destroy him with freeze bombs. They don’t seem to harm him, but they do manage to flip him onto his back, and they believe they have won.

But then Gamera shows another of his unique adaptations, he pulls in his head and his legs. (nothing strange there) but what happens next is, fiery jets come from his leg holes, and he flies off.

After all the militaries efforts fail it is down to the scientists at the UN to implement their ‘Plan Z’ which appears to be successful, well until the start of the next film. 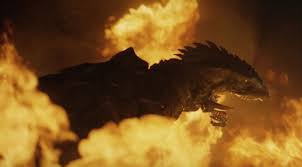 This boxset is a documentation of the evolution of one of the worlds favourite Kaiju, spanning over forty years, where he will face aliens, alien plants, giant sharks, giant lizards, giant squids, giant bats, Triceratops, Giant carnivorous birds and man eating monsters. What more could you want for? Enjoy. 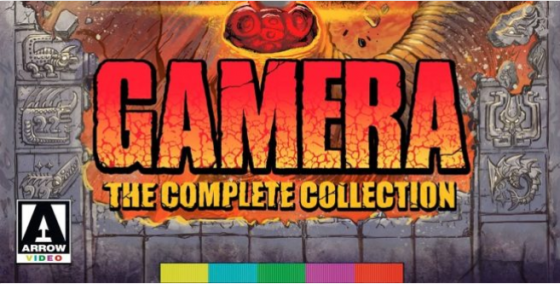 Gamera: The Complete Collection Limited Edition is available on Blu-ray