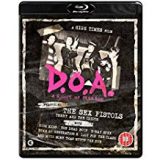 When the Parker was King, in came bovver boots and saftey pins to oust the King and take the throne. This documentary was filmed in 1978 by Lech Kowalski (Rock Soup, Born to Lose: The Last Rock and Roll Movie) and shows how punk rock came face to face with the establishment in the UK and the infamous Sex Pistols tour of the USA where the Pistols came to an end.

Whether or not you were there at the start of the punk rock movement, you will have heard about it. This documentary shows where it was born, from the rough streets of the UK and USA. With observations of those that started it and those in power that were scared of what would come of Anarchy in the UK.

With the Sex  Pistols doing a whirlwind tour of the States, the UK punks get out into the pubs and clubs taking their particular versions of punk ranging from Generation X, Xray Spex, Sham 69, The Dead Boys and The Rich Kids with them. 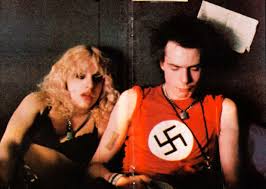 America didn’t know what they had let themselves in for in Atlanta, Memphis, San Antonio and San Francisco to name a few as fans are locked out of gigs and Johnny Rotten books the gigs to get a reaction from the locals and police alike. Sid Vicious is taken by the grip of heroin as seen in the interview with him and Nancy Spungen in bed.

Punk rock was a phenomenon that still reverberates today as we hit the 40th anniversary of these unique events.

D.O.A. A Rite of Passage is a must own for any punk fan and for those that are curious what went on in the late 70’s and early 80’s as this is a piece of social history for both the UK and the USA told in their words. (mostly offensive words).

“Ah-ha-ha. Ever get the feeling you’ve been cheated!”

D.O.A. A Rite of Passage is available on Dual-Format.