Today Six Shooter managed to grab a few moments just before our guest went for rehearsals, he is producer, executive producer and actor Lawrence (Larry) Fleming. A man with a passion for Sci-Fi and the life on the high seas as a pirate. He is also an advocate of Indie Film projects. Here is what he had to say.

Check out his IMDb page. 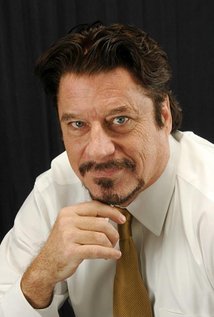 1: When was your fascination with Star Trek first born?
​Ha, that’s an easy one. ​ ​1966,​ when Star Trek first aired it gave a fun escape from the troubles of daily life. It gave us a glimpse that the world was going to make it, at least to the time of Star Trek. I was a kid then and dreamed of someday being aboard a starship. I didn’t care where it was going. Their mission was to keep exploring, I liked that. I also guess that when Harry Mudd appeared in Mudd’s Women (Episode 6 – Season 1), it also spurred on that bit of the pirate in me. I’ll talk about that more in the next question.

2: What drew you to Rum and the pirates way of life?
​

Modern day ​versions of the pirate we all read about are harmless and only out for the fun of pirating. ​The pirates of legend were a lot more dangerous. Most started as mercenaries helping one country or another, at least until the countries turned against them. From then on they were trying to survive. Hollywood has given us many images of pirates. The most notable is Treasure Island by Disney (1955). Long John Silver was a ruthless pirate that would just as soon cut your throat (cut-throat​) as give you the time of day. He is also one of the main reasons we say Arrh. Robert Newton was from a part of England (Dorset) where they talked like that. ​

3: What has been your greatest performance to date? 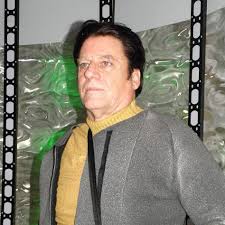 There are many roles that I have enjoyed, but the most fun was a minor role in Farragut Films – The Crossing (soon to be released). They had a complete​ ​set of the Starship Farragut (Kin to the Enterprise). It was just a set, but it was beautifully done. When you walked around, you felt like you were on the real ship. Remember my earlier comment about wanting to be on a star ship? ​I spent a week wandering the set when I wasn’t in a scene. I had the best time and even got to act in a small role. I have acted in one more film there and hope to do a follow up film in January.

4: What has the near future in store for Lawrence Fleming?
​ I have taken a leave of absence from my production company to do some real acting. I will even take background work if I like the scene. I got my wish for a dream scene when I was in a scene with Tom Hanks (Saving Private Ryan) and directed by Clint Eastwood (Thunderbolt and Lightfoot). ​ ​I will still produce Independent films, but I think I will start looking for bigger productions. I would love to have a budget big enough to call some of the actors I have loved throughout the years. I would also love to film overseas somewhere. We all hear about the fun filming in another country, I want to make that happen.​ The closest I will get to another country is Utah in December. Right now I’m rehearsing for a Zombie show that will be debuting at our local Walking Dead Convention called Walker Starker Con. We hope to thrill and scare all those that attend.

5: Where would you like to see Mr Stark’s character next?
​ Mr Stark is always there, but sometimes hidden. He is a bit arrogant and would be hard to maintain, especially without his billions. ​I was asked to shave off the Stark beard when I was in a scene of Captain America with Robert Downey (Iron Man). I guess they can only have one Stark per film. I have a new suit that I’m working on to début at a Con, early next year. I still plan to hit as many Sci-Fi Cons as time and work will allow.

6: What historical character would you like to play?
​ I suppose someone from Shakespeare.​ Macbeth seems fitting. I am of Scottish descent and I have always liked that story. I wouldn’t really want to play anyone contemporary, but I would never turn down work just for that reason. I love the study of history and would love to portray someone who achieved greatness against insurmountable odds. I always want to inspire in the work I do, regardless of which side the camera I’m on. 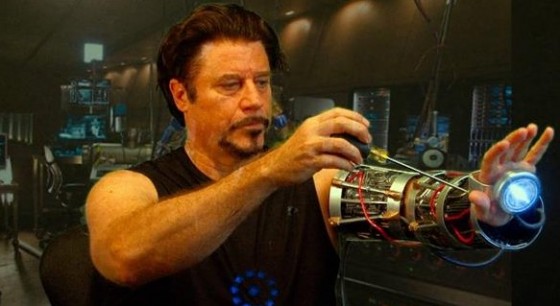 Thank you Larry for sharing your experiences with us, all the best for the future and keep up the great fan work, hope to see you at a Con some time.