3.5 stars for the latest offering from Eli Roth. 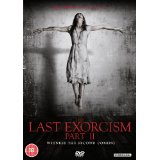 It takes off directly after the end of the first film, with Nell Sweeter (Ashley Bell – The Last Exorcism, The Day) trying to recover from a harrowing exorcism, knowing little about what happened except that she is the only remaining member of her family.

Nell is taken into a care facility where she gradually begins to make new friends, especially her room mate Gwen (Julia Garner – The Perks Of Being A Wallflower, Electrick Children) and even finds herself a potential boyfriend Chris (Spencer Treat Clark – Mystic River, Unbreakable).

But even as she settles into her new life, it becomes increasingly apparent, as she sees and feels things that no-one else can,  that her old life is not finished with her yet and that powerful forces continue to close in on her.

Although this tale has already been told many times, in many different ways, I found this film to be both easy to watch and entertaining. The character development is good, sensitive and heart-warming, even though you know where it is all eventually heading. 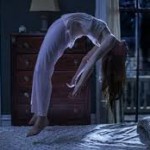 The acting is good, the script is well written and there is an admirable quantity of screaming and contortion, enough to make me want to watch the The Last Exorcism.

I doubt whether this is ever going to be a classic, but it does do what it says on the tin, unlike the first film apparently, the title of which seems to have been somewhat of an exaggeration, given the fact that there is a sequel.

Silly title aside however, if you’re just after a bit of fluffy but fun horror then is will fit the bill perfectly.