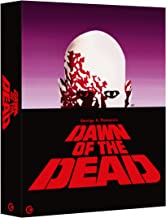 Dawn of the Dead is written and directed by horror legend George A. Romero (Night of the Living Dead, Land of the Dead) and was originally released in 1978. This cult classic is presented here following a painstaking restoration courtesy of Second Sight Films. Following the success of the Limited Edition release, it is now available on Standard Edition Blu-ray and Standard Edition 4K UHD as well as On Demand and Digital.

“Every dead body that is not exterminated becomes one of them. It gets up and kills. The people it kills get up and kill.” 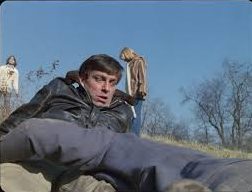 Stephen (David Emge – Basket Case 2) and Francine (Gaylen Ross – Ximei, Creepshow) are T.V. reporters caught in the eye of a storm. The dead have started to rise and they are hungry for human flesh. Fed up of being on the frontline, they realise that their best chance is to run, and they hatch a plan to steal the stations helicopter and head off in search of safety. 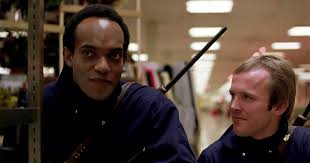 Martial law has been declared and elsewhere in the city S.W.A.T teams are getting ready to storm an apartment block where the residents are ignoring the government directive to destroy their dead to prevent them from rising. After a brutal killing spree from wayward team member Wooley (James A. Baffico – All the Right Moves), Roger (Scott H. Reiniger – Knightriders) heads to the basement to escape the madness. Here he meets Peter (Ken Foree – The Devil’s Rejects), a member of another team and they partner up.

“When there’s no more room in hell, the dead will walk the Earth.” 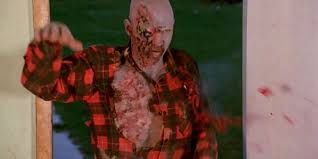 After the raid, Roger tells Peter about his friend Stephen’s plan to escape the city by helicopter and invites him to join them. The four of them set off and luck smiles upon them as they find what seems to be the ideal place to hole up, a deserted shopping mall. Crawling with the undead, it will be a challenge but they have a plan and plenty of supplies if they can just get to them, leading to a nail biting fight for survival. 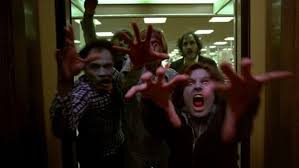 Dawn of the Dead is widely recognised as one the greatest horror films ever made. Its unique blend of graphic violence, extreme gore and comedy sequences set it aside and paved the way for many films which followed. It is packed with political satire, some of which seems even more pertinent today than it was in the seventies.

Still driven by their instincts, the zombie hordes storm the shopping centre in a final defiant act of mindless consumerism not unlike modern day Black Friday sales and it remains a stark commentary on human nature. 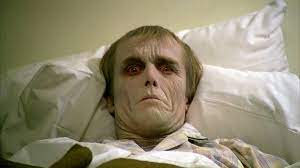 The standard editions of this beautifully restored, comprehensive edition of the seminal horror, feature three different versions of the film, along with a fourth disc of special features across two separate formats Dawn Of The Dead 4K UHD and Dawn Of The Dead Blu-ray. It also marks the first time the newly restored versions of the film are available on video on demand and as a digital release via all major platforms. 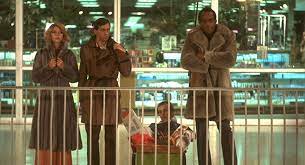 Acclaimed by fans and critics alike, these presentations offer completely restored versions of the film, each including the original theatrical cut, the extended “Cannes” cut and the Argento cut, making it the most comprehensive release ever of the film acknowledged to be one of the greatest horror movies of all time. Each version has a different commentary track, with the theatrical cut offering two.

The bonus disc of special features is packed with exclusive, new material as well as archive interviews, including the previously unreleased The Lost Romero Dawn Interview. Others include a tour of the shopping mall location, a look at its special effects and more.

Another fantastic package and will grace the collection of any horror movie enthusiast.

“You never aim a gun at anyone mister. Scary isn’t it?” 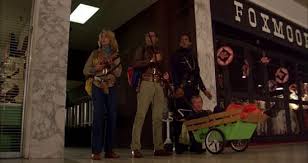