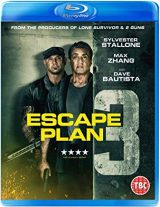 A Bad Day for Ray

Writer/director John Herzfeld (2 Days in the Valley, Bobby Z) drags Ray Breslin (Sylvester Stallone, Rambo Trilogy, Cliffhanger, Creed, Backtrace) back to life. With his face melting off Stallone drives his team and new help across the Eastern Block on a rescue mission, (so he is not escaping, Hmm). 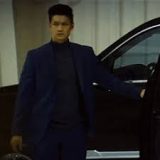 of tech mogul Wu Zhang (Russell Wong, Romeo Must Die, The Mummy: Tomb of the Dragon Emperor), Daya Zhang (Melise, The Flash, Plastic) is eager to invest in America and bring prosperity to the North East. She makes a deal and heads back to the airport with her bodyguard Bao (Harry Shum Jr. Crazy Rich Asians, Revenge of the Green Dragons). This is where Bao spots something is wrong and sets about taking out would be attackers. But he fails and Daya is whisked away. One of the kidnappers slips a data stick into Bao’s pocket while he is unconscious, it has Ray Breslin written on it.

Meanwhile Ray (Stallone) is getting on with his life with his girlfriend Abigail Ross (Jamie King, Sin City, Ocean’s Eight) and his partner in their security business. A man with a brief case and an umbrella walks into an office and asks for a Mr Chow. More Martial arts as the stranger takes out bodyguards and Mr Chow to retrieve a data disk but Ray stops him. This is Shen (Jin Zhang, Pacific Rim: Uprising, Ip Man 3, Hero) Daya Zhang’s former bodyguard who was dismissed because her father didn’t like their relationship.

When Bao discovers the data stick he goes in search of Ray and soon they are all together and planning to rescue Daya from the clutches of
Lester Clark Jr. (Devon Sawa, Final Destination) the son of Rays former partner who is out for revenge on Ray, so he kidnaps

Now the hunt is on so Ray pulls in his friend Trent DeRosa (Dave Bautista, Guardians of the Galaxy, Bushwick, Kickboxer: Vengeance) and they head to “Devil’s Station” in Latvia to save the day.

A film for the true Stallone fan and for the rising stars of Jin Zhang and Harry Shum Jr. 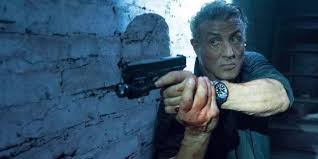