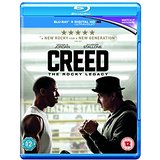 Ryan Coogler‘s (Fruitvale Station) second full length film is a corker. Writing and directing an aspirational tale that sees a boy without a father steered to the potential he deserves.

where he has to use his fists to stop the bullies as he wants to study, but his fists keep getting him in trouble. That is Until an woman turns up and offers him a new hope, Mary Anne Creed (Phylicia Rashad, The Cosby Show) the wife of the boxing legend Apollo Creed (Carl Weathers, Rocky IV). Creed had an affair and Adonis was the product of that relationship, but Apollo died before he was born. 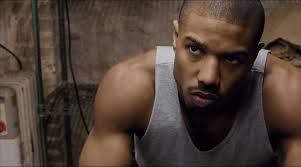 Jump forward a few years and Adonis (Michael B. Jordan, Fantastic Four) is living in LA in the massive mansion of his stepmother, he is well educated and has just been promoted in his job, but his heart is not in the office it’s in the ring even if that means fighting in Mexican bars.

He has a plan and it is different from those around him. During his research he

With his mind made up he heads to Philadelphia to find Rocky and have him train him. But Rocky is happy running the restaurant and that’s the way he likes it.

Adonis moves away from his swanky LA mansion and is living in an old apartment block with a noisy neighbour, singer Bianca (Tessa Thompson, Automotive). Adonis takes an instant liking to her and tries his hardest to go on a date with her. But his main aim is to get Rocky to train him and when he finally does they end up at the training ring of Danny ‘Stuntman’ Wheeler (Andre Ward) who is the hottest prospect around apart from the likely to go to prison soon, Liverpudlian ‘Pretty’ Ricky Conlan (Tony Bellew) a vicious fighter who has the full Liverpool faith in himself.

Rocky takes Adonis to a different training camp and sets up his old team of ringside assistance. From now on this is old style Rocky film training, you will all shout ‘Chicken!’ This is what you want from a Rocky Balboa film “Blood, Sweat and Tears”. An excellent performance from Mr Stallone and he deserves all the accolades he received from this movie.

I am not going in to too much detail as not to spoil the film, Enjoy

Your legacy is more than a name