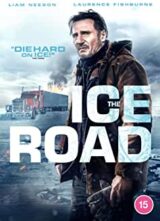 What is the Price of Life?

From the writer, director and producer that brought us some of our favourite films of the 1990s (Jumanji, Armageddon, Die Hard: With a Vengeance, Con Air) Jonathan Hensleigh. Now he brings in our latest action hero in Liam Neeson (Honest Thief, Road, Unknown, Cold Pursuit, Taken) as he takes on the treacherous job of an ice road trucker.

In the coldest regions of North America, drivers traverse man-made roads over frozen rivers, lakes and oceans of less than thirty inches thick in 65,000 Lb vehicles.

These treks are dangerous and often fatal, some drivers describe them as suicide missions. These are the ice roads.

56°N-98°W, the Katka diamond mine located just below the Arctic circle, the mine is open cast and has tunnels, and in a tunnel six miners are hard at work drilling for the precious

gemstones. The men are worried about pockets of gas and when the safety man checks the sensor he finds it off. He warns his men to keep it on, just as there is a massive explosion near the surface, throwing a massive lorry over the edge. This causes the miners to race for the surface as a miner drops his pick, causing a spark which causes a cave-in. The clock is now ticking as the miners only have thirty hours of air.

Further south, Mike McCann (Liam Neeson) pulls into the yard in his big rig. In the garage he finds his brother being bullied and made

fun of. Mike has been Gurty’s guardian since he was injured in Afghanistan, he suffers from PTSD and aphasia. Mike once again uses his fists to sort out the problem, which gets them both fired. Mike, feeling at odds with his situation tries to get Gurty some professional help, but he just ends up blaming them for filling ex-servicemen/women with opioids. 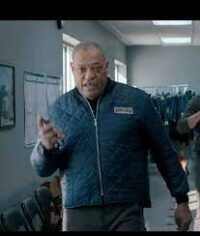 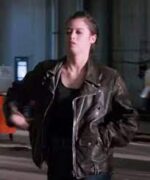 At a loose end, they don’t know what to do, when an emergency alert come through about the explosion up North. Well, what the heck, Winnipeg is only seventy miles away. The call came from Jim Goldenrod (Laurence Fishburne, The Matrix, Mystic River) who is trying to get three well-heads to the mine, so that they can vent the methane from the tunnel, where twenty-six men are trapped. When Mike and Gurty get accepted, they just need one more driver, and that will be Goldenrod’s ex employee Tantoo (Amber Midthunder, She’s Missing, Hell or High Water) a feisty young activist, but she can handle the ice roads.

The race is on, thirty hours and three-hundred treacherous miles ahead of them. They all get

brand-new trucks and a fourth person, Tom Varnay (Benjamin Walker, Abraham Lincoln: Vampire Hunter, The War Boys) a company man who deals with risk assessment, who is tagging along for the ride. The roads have been opened even though it is well past the safety date for the thickness of the ice.

There are people with good hearts, and they will move the Earth to help others, even if there wasn’t a $200,000 incentive, and there are others that will do what ever the company policy is. Now they are pitted against each other in the white wastes of North America.

A deadly journey. Man versus the elements and each other.

The Ice Road is available on DVD and Blu-ray