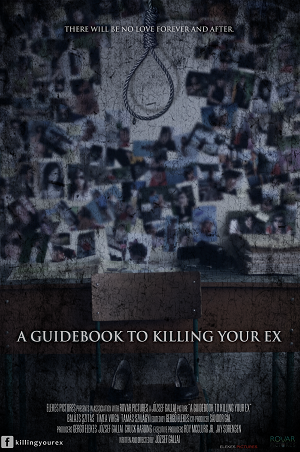 A Mission, A Goal and a Mad Man.

From our Hungarian friend József Gallai (Moth, Bodom) who has written, produced and directed his latest featurette (a film longer than 40 minutes and less than a feature 1hour 30mins) A Guidebook to Killing Your Ex. It is currently doing the festival circuit, but with high hopes of a release on VOD and possibly DVD. 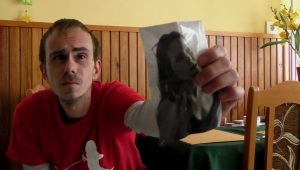 We are introduced via a hand-held camera to a man who assumes the name John Doe (Balázs Szitás, Open Grave) for the purpose of this tutorial. He tells us that he is Hungarian, but will speak in English so that his uploads over the next 72 hours will reach a greater viewing audience, but he will subtitle the filming before uploading in case he slips into his native tongue.

Some time ago he was jilted by the love of his life (Tímea Virga, Janus) and within the next 72 hours he will kill his ex and her boyfriend (Tamás Szilágyi, Hacktion). He shows us around his apartment, from the empty fridge and him eating microwave food. The apartment is where he and his mother have lived for many years, but she passed away a couple of years ago, another thing he blames on his ex. 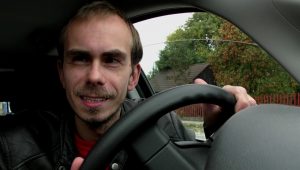 In fact he blames her for everything that has happened to him over the last four years and he intends on spoiling his ex’s marriage in just two weeks time.

Now the lessons begin on how to get your revenge on your intended victims. From using the internet and social media creating fake accounts to keep an eye on their social commitments and using total strangers, on foot and by car. The most important thing is ‘dedication’ to the cause. 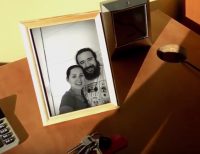 He remembers holding his ex’s hand and how that memory was soured and how she got with the ‘Walrus’ and that is why they must pay with their lives. He posts the videos to a blog site V.i.M. (Shawn Michael Clankie, The Basement) who also believe in the vengeance that John is after.

The happy couple go about their lives oblivious to the plot against them as John prepares to do his dirty deeds as he gives us the final parts of his plan.

How will it pan-out as John collects the final parts to his plan and keeps us up to date via the camera.

A cracking film that will keep you fixated on this unhinged man spiralling down the path of vengeance and murder. Balázs Szitás is absolutely brilliant as John as he has about 90% of screen time and you will follow his every move for the next 72 hours. Ace.

“I recommend you blend into your ex’s life, but! Only from the shadows”