Stand By For… Wait a Sec

The Action is Here. And it is in HD.

This is the one the Gerry Anderson/Sylvia Anderson fans have been waiting for. Yes, Stingray in all its HD beauty. The 1964 Supermarionation series that enthralled young and old in front of those TVs that couldn’t show what was really going on (Ours was black and white). No more now Troy (Don Mason, Mighty Thor (TV Series)), Phones (Robert Easton, Star Trek VI: The Undiscovered Country), The Commander (Ray Barrett, Thunderbirds (TV Series)), Atlanta (Lois Maxwell, Dr. No) and Marina can be seen in all their glory as the Stingray glides through the deep briny seas of the World. 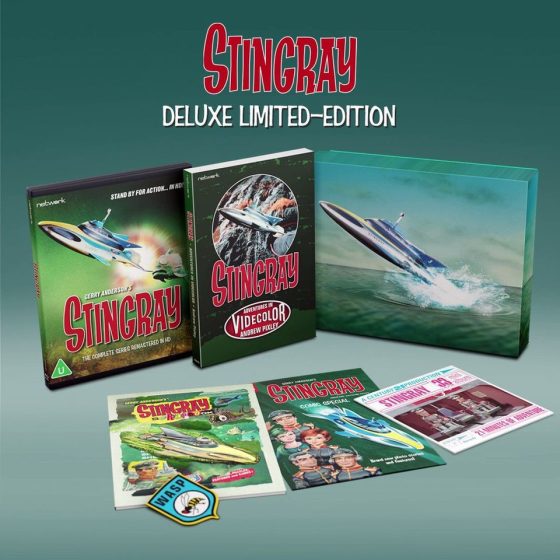 From the first time you hear the immortal words “Stand By For Action“, and “Anything Can Happen in the Next Half Hour” you are hooked on the exploits of W.A.S.P. (World Aquanaut Security Patrol) and all the terrors they face in the Oceans of planet Earth. 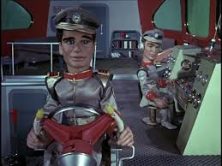 W.A.S.P. have ventured into the deep oceans, not knowing what is down there. There are hidden dangers down in the deep, and when a small security vessel is destroyed, the security 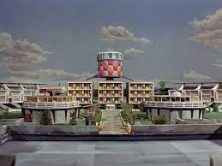 patrol deploy their flagship Stingray under the controls of Captain Troy Tempest and his second Lieutenant George Lee ‘Phones’ Sheridan. Back at the base in Marineville is Commander Sam Shore and

Lieutenant Atlanta Shore, who call the shots, but it Stingray that is at the sharp end of the stick, and this is where they find out that humans aren’t the only sentient beings on the planet. The seas and Oceans are teaming with life, and some of them are not friendly.

Other races have a knee-jerk reaction to the Terran’s moving into their backyard, which will always cause trouble. During their mission they rescue a mute sea dweller Marina who joins Troy and W.A.S.P. much to the dismay and mistrust of Atlanta. Who thinks she is a spy, especially 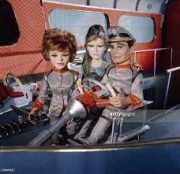 after she is rendered unconscious from a gift from Marina.

But all will come good in the end, as Stingray keeps the World’s open oceans safe for all that reside on this blue planet.

This ‘Network‘ release is a fan’s dream come true, with this HD release of Sylvia and Gerry Anderson Supermarionation creation, all thirty-nine episodes on five disks with the bonus of a vinyl of the iconic Stingray music. With Stingray, episode one, can also be watched with commentary.

A must own, for the fan, and a great investment for the future generations of fans. Get Your HD player ready for some action. 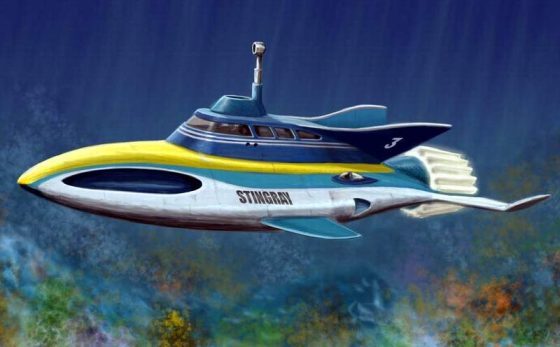 Both the Deluxe edition and a now sold out Super-Deluxe edition are releasing on 2nd May, with the former still available to pre-order exclusively from networkonair.com!