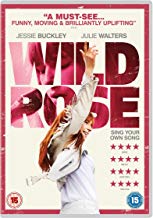 Wild Rose is written by Nicole Taylor (The White Queen, Ashes to Ashes) and directed by Tom Harper (Peaky Blinders, War and Peace). The soundtrack includes both cover versions and songs written specifically for the film and the majority are performed by lead actress Jessie Buckley (Chernobyl, The Woman in White).

“Where do you think you’re going all dressed up like a fish supper?” 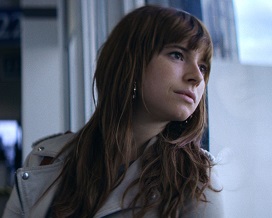 Rose-Lynn Harlan (Buckley) is a troubled young Glaswegian woman who has unrealistic aspirations to become a country singer. She has just finished a year in prison for attempted drug smuggling, during which time her mother Marion (Julie Walters – Paddington 2, Harry Potter series) has been taking care of her two young children. 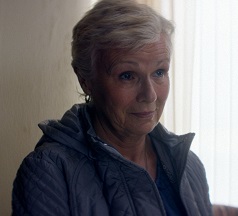 In spite of the children, her first priority on getting out is to go and see her boyfriend, before reluctantly heading home to her family. The reception she receives is understandably somewhat frosty, as her children are angry at the lack of attention and her mother believes that she isn’t prepared to care for her own children. 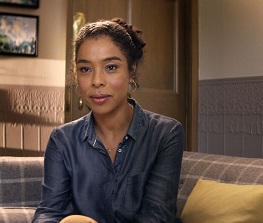 Now equipped with an ankle tag, she has a strict curfew to adhere to, meaning she can’t return to her old job, singing at the Glasgow Grand Ole Opry. Her mother insists she abandons her dream of going to Nashville and find a proper job, so a family friend manages to secure her a job as a “daily woman” for the well-to-do Susannah (Sophie Okonedo – Chimerica, Hellboy).

However, it soon transpires that Susannah has a penchant for country music and determines to help Rose-Lynn to achieve her goals. Following a meeting with the legend that is Bob Harris, will she make it to Nashville after all? 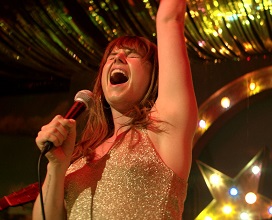 Wild rose is a very enjoyable film to watch. It is funny in places (Rose-Lynn has a very colourful turn of phrase) and at the same time she is an extraordinarily unlikeable character and it’s sometimes difficult to feel any sympathy for her.

It is however ultimately heartwarming and uplifting and with an excellent soundtrack performed by the superbly talented Jessie Buckley, it’s a great watch and well worth adding to your musical collection.

“Because it’s three chords and the truth.”

Wild Rose is available to buy now on DVD.